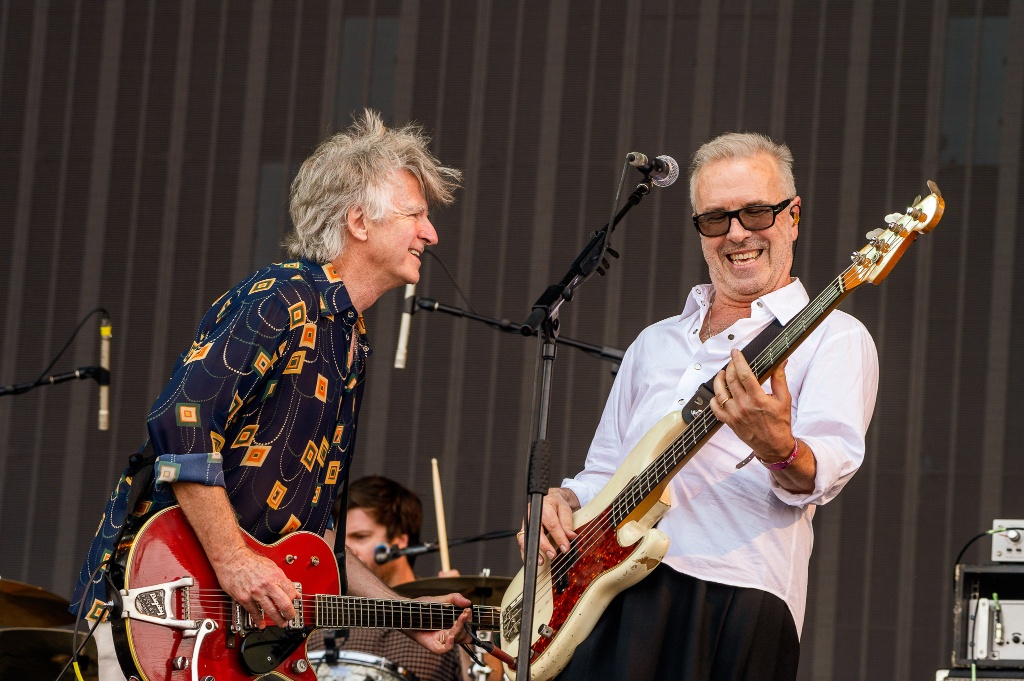 If you see a street musician, just be careful: in nine out of ten cases, he has the Crowded House song Don’t Dream It’s Over in his repertoire. The kind of song that still holds up, no matter how badly you destroy it, and you just can’t get it out of your head. In New Zealand frontman Neil Finn is pretty much Paul McCartney because of the stream of hits he wrote in the 80s and 90s – radio hits that still come in regularly and do very well here at Pinkpop too.

Neil Finn was already on Pinkpop in 1980 with his former band Split Enz. This afternoon, he makes reference to it by playing a very beautiful acoustic version of their hit Message To My Girl and closing it all for connoisseurs with the biting I Got You. Crowded House has now become a family business. Finn, a lively 64-year-old boy, looks relaxed and fit. With sons Elroy and Liam on guitar and drums, veteran Nick Seymour on bass and star producer Mitchell Froom on keyboards, they’re a group of friends. Either way, the vocals sound good.

Crowded House makes romantic music for married couples, who use it to open the dance floor at their wedding, to sing along in a traffic jam, or to cheer on the festival meadow. But never mind when they sprinkle in classics like Four Seasons In One Day, Into Temptation, Better Be Home Soon, Weather With You and Fall At Your Feet. Excellent performances in which Finn constantly switches from electric guitar to acoustic. There’s not even time for Top 2000 classic It’s Only Natural, and the whole thing is still rock solid.

THE MOMENT
A man with a stunning white beard is spotted in the audience by the group. Hilarity everywhere, and he even gets a can of beer from the band – “one, because we only have a six-pack”. Neil Finn also praises the security handing out cups of water to the audience, drawing from a bucket. The band also records the crowd with a Super8 camera. Crowded House are having a great time, and the audience with their songs.