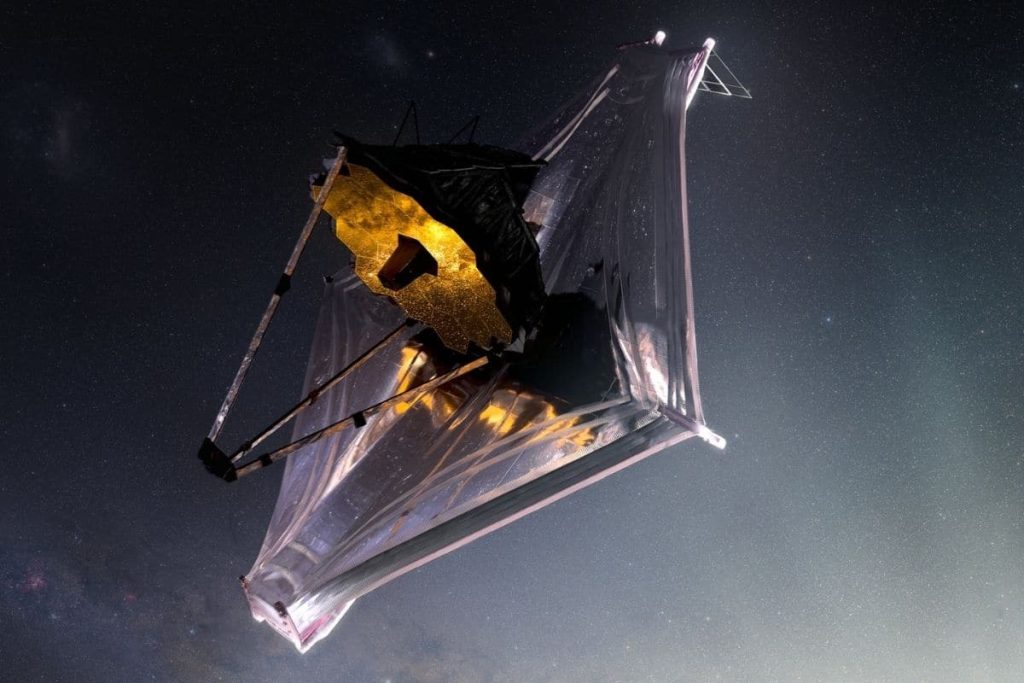 The boost has started. Because as the space telescope flies through the vast universe, thousands of parts have to be unfolded correctly and in the correct order.

Last Saturday, Christmas Day, the time had come: the launch of the long-awaited James Webb telescope. And with success. Because despite the many setbacks that the telescope has had to endure in recent years, the launch went well. Now the thumbs-up has started. Because the coming period is an incredibly exciting time, in which thousands of pieces have to be unfolded correctly, in the right order.

Components
The James Webb Telescope consists of many parts. At launch, all of these pieces were neatly folded together. But as the telescope moves towards its final destination, more and more elements will unfold. It is certainly not a mad rush. According to NASA, after launch, things can still go wrong at around 300 points, so the telescope may not perform optimally.

Booming
Right now, the deployment of the powerful space telescope – and therefore the thumbs-up – is in full swing. The solar panels were already deployed about thirty minutes after the launch. These are now fully deployed and functioning properly. Yesterday, the antennas followed. With the antennas, the space telescope will be able to transmit at least 28.6 gigabytes of scientific data to Earth twice a day. Additionally, the telescope’s temperature sensors are also activated, allowing technicians to monitor the telescope’s thermal systems.

sun visor
More and more coins will follow in the coming period. In particular, unfolding the huge sun shade, which is about as long as a tennis court, is going to be thrilling. The lens hood is of crucial importance for the operation of the telescope. This shield folds up around the telescope’s mirrors and instruments like an umbrella and protects, among other things, highly sensitive infrared instruments – which must remain very cold to function – against the heat of the sun. The first steps in the deployment of the solar shield will be taken today.

mirrors
Another agonizing moment will be the deployment of the mirrors. The James Webb is equipped with both a primary mirror (made up of eighteen individual mirrors that together act as a large mirror) and a secondary mirror. On the tenth day of the mission, the secondary mirror will be ready. This mirror is one of the most important parts of the telescope and essential to the success of the mission. So nothing can go wrong during the process. The mirror is located on three rods that go from the primary mirror to the secondary mirror. This small round mirror then plays a very important role in collecting the light from the main mirror. The idea is that the main mirror collects the faint light coming from, among others, the first and the most distant galaxies. The secondary mirror then reflects the light collected by the primary mirror into James Webb’s on-board scientific instruments. It is important that the mirrors are installed correctly, as a deflection of more than 38 nanometers – a thousandth of the thickness of a human hair – can be a problem. The deployment of the primary mirror begins on the twelfth day.

Watch in this video when all the specific parts are developed.

In total, James Webb will take 29 days to prepare all his pieces. And this as the telescope is also rapidly heading towards its final destination: a place about 1.6 million kilometers from Earth. It promises to be a nerve-racking time in which a lot can still go wrong. But if the telescope is able to successfully complete its journey, it will formally conclude the most difficult and complex deployment sequence ever conducted in space.