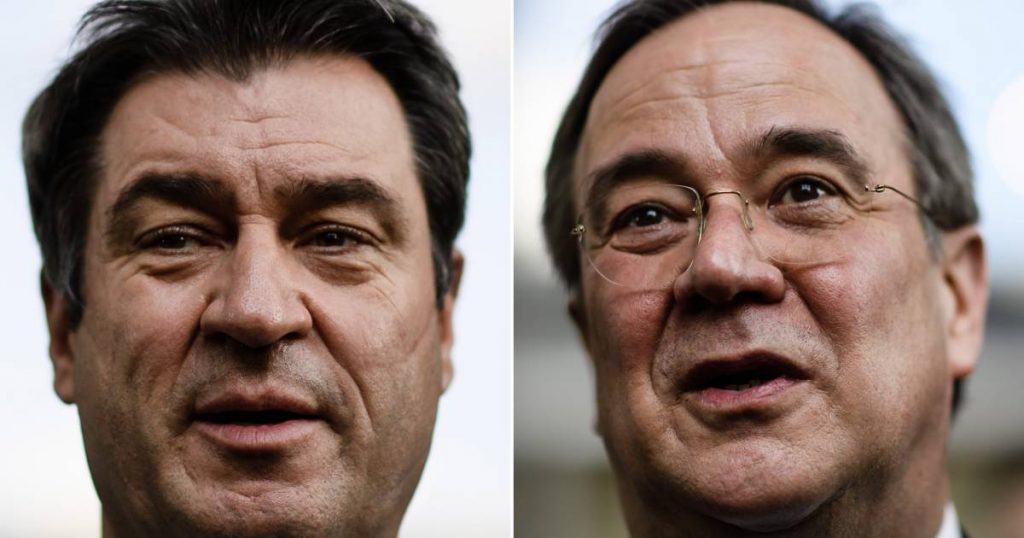 Laschet obtained 31 of the 46 votes. CSU President Markus Söder received 9 votes. Six personalities abstained. The base of the CDU is nevertheless behind Söder. The Bavarian state leader (54) is seen as someone who polarizes but can also attack and is, according to polls, the best candidate for the union of the CDU and its little sister CSU to win the legislative elections in September.

CDU President Armin Laschet (60), also Prime Minister of the Federal State of North Rhine-Westphalia (NRW), which borders the Netherlands, received the blessing of the Federal Committee last week, but it was a statement of support without a vote. The other party organs are divided. As are the supporters. All the more so as Söder continues to rise in the polls and the CDU / CSU is also pulling upwards. This increases the chances of an electoral victory with him. Laschet calls the polls a “ snapshot ” that should not be attached too much weight and thinks it comes down to content. He is seen as a “hesitant” but also as a “connector” and a moderate party leader who navigates Merkel’s middle lane.

Söder put his fate in the hands of the top CDU on Monday afternoon. “As I said on Monday last week, I am ready to shoulder my responsibility if a large majority of the CDU’s big sister so wish,” he said during a press briefing in Munich. The CSU president said he and his party would respect “every decision” of the CDU. “If it’s Armin, he’ll get my full support, if it’s the other way around, I hope his support.”

Until now, in the federal elections in Germany, there were always two candidates for chancellery: from the CDU / CSU and from the SPD. The latter party chose Finance Minister Olaf Scholz as party leader. The two candidates now face competition from co-chair Annalena Baerbock (40), who was elected candidate on Monday Bundnis 90 / The Greens. She is the second candidate for chancellor after Angela Merkel. She was elected at the end of 2005 and made history as the first woman to lead the government of the Federal Republic, but is no longer eligible.

According to polls, the Greens are the second most popular party in Germany and therefore constitute a formidable competition for the CDU / CSU. They are still the strongest (around 28%), but the Greens are getting closer (around 21%) and the Chancellery is therefore realistic for the party.