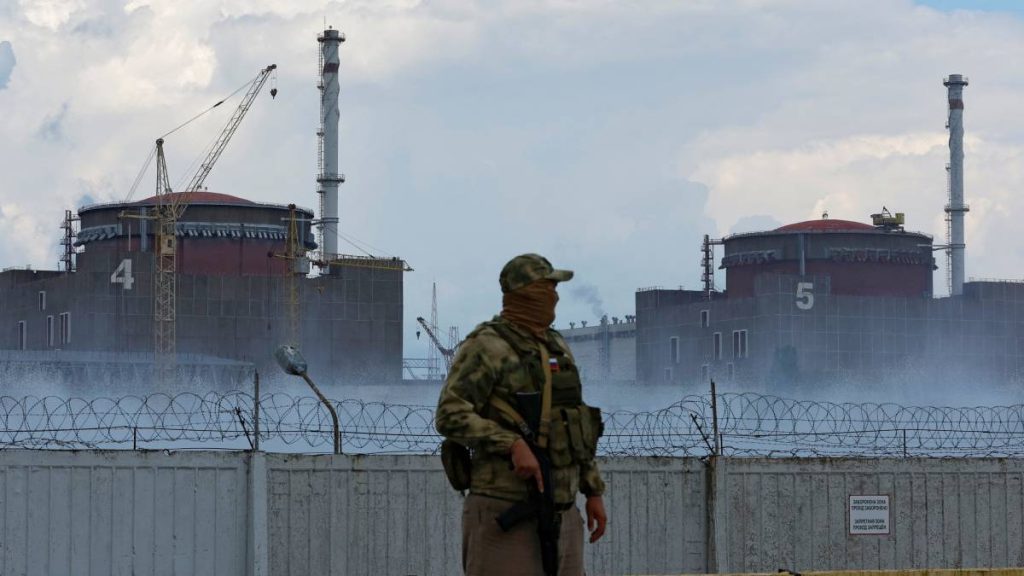 High-voltage cables were hit in a bombardment at the nuclear power plant near Zaporizhzhya, Ukraine’s state-owned energy company Energoatom reported. The plant has been in Russian hands since early March.

The pro-Russian administration in the nearby town of Enerhodar says the electricity necessary for the safe operation of the plant has been cut off, according to the Interfax news agency. Energoatom says the plant is still in operation and no high levels of radiation have been measured.

“The situation is completely out of control”

According to Interfax, a fire also broke out at the site of the nuclear power plant. The firefighters are present, but cannot do anything because there is still current on the high voltage cables which have been affected.

What does the nuclear power plant mean for the country? This video explains the importance of the central:

Zoom in: Zaporizhzhya nuclear power plant, the largest in Europe, an important strategic objective for Russia

The head of the International Atomic Energy Agency (IAEA), Rafael Grossi, said this week that the situation at the plant was “completely out of control” and that “all nuclear safety principles were violated”. He wants the Atomic Energy Agency to gain access to the plant as soon as possible to stabilize things.