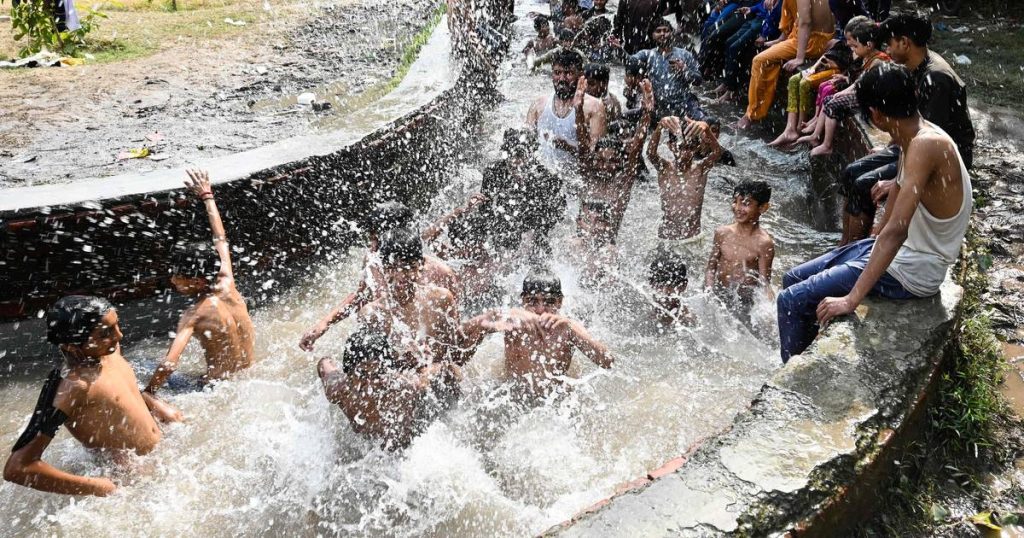 with videoThe severe heat wave that has been plaguing India and Pakistan for some time continues for the time being. Thermometers could even show 50 degrees locally this weekend, Weeronline expects. Temperatures in both countries were well above 40 degrees last week.

Extreme temperatures are not exceptional in this region, but afternoon values ​​of 45 degrees or more are very remarkable even in these countries for the end of April. Temperatures will rise a bit this weekend, with highs expected to hit 50 degrees. The Indian Meteorological Service had previously reported record heat in March.

Heat has major consequences for people and nature. In generally densely populated areas, all sorts of measures are taken. Due to the heat, part of the country suffers from power cuts. There are also bad harvests with 10 to 35 percent less yield. In addition, the risk of forest fires has increased and glaciers in the Himalayas may melt faster.

This article continues below the video.

It will remain extremely hot in the region after the weekend, but highs of 50 degrees are no longer expected. In the city of Multan, the maximum temperature will be 44 degrees on Monday. For now, it will remain dry and the chance of refreshing rain or thunderstorms is low. Nights offer virtually no cooling, often with lows around 30 degrees.