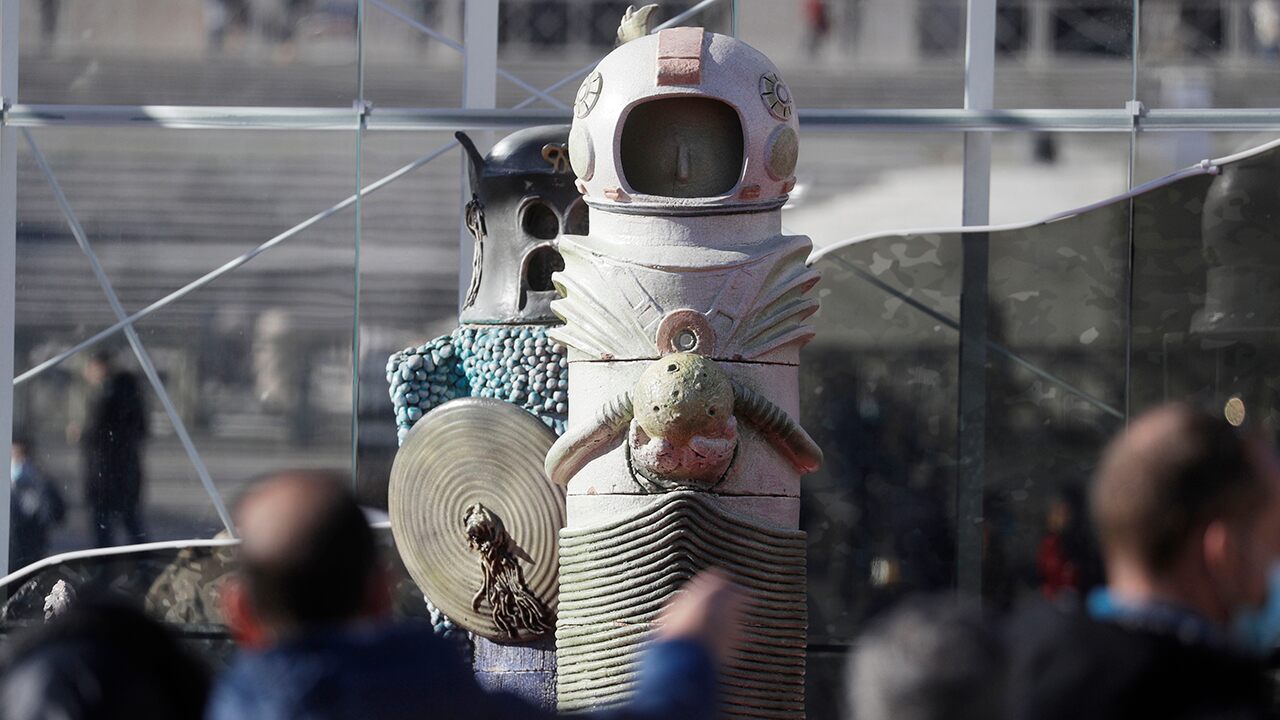 Pope Francis Voiced his dissatisfaction with an unusual Nativity scene Sunday in the center of St. Peter’s Square.

Instead, the pope told the audience during his last Sunday blessing and speech Christmas Instead they have to visit an outdoor exhibition under the colon of the square, where 100 small traditional nativity scenes are on display.

According to Reuters, Francis said the exhibition “showed how people are trying to use art to show how Jesus was born (and) … a great religious education of our faith”.

He makes no mention of the Nativity scene in the center of the square, which is a large ceramic exhibition featuring a character reminiscent of an astronaut and the villain Dart Vader of “Star Wars” movie rights.

On Sunday, December 13, 2020, faithfully stop the Nativity scene as they wait for the start of Pope Francis Angels’ noon prayer in St. Peter’s Square in the Vatican. (AP Photo / Gregorio Porcia)

Speaking from his window overlooking St. Peter’s Square, Francis warned consumers that Holy Day, which marks the birth of Jesus, was “kidnapped” and urged people to remember those who have nothing.

“Consumers are kidnapping Christmas, (taking it) away from us,” he said. “The manager in Bethlehem has no consumer. What is truth, poverty and love.”

Earlier this month, Francis reminded people that the Christmas season offers a cause for hope in the midst of adversity. Corona virus International spread. He urged believers to remember the true meaning of Christmas – the birth of Jesus and to give a hand to those in need.

“There is no epidemic, there is no crisis that can turn off this light,” he said, pointing to the Christmas tree that was erected a few days ago in St. Peter’s Square.

The Vatican Each year shows a different donation Nativity selected by its municipal government. This year has received harsh criticism from the visual media and audience.

It was made between 1965 and 1975 by students and teachers in the Italian city of Castelli, famous for its pottery. According to the audience description, the astronaut is said to have referred to lunar landings in the late 1960s and early 1970s.