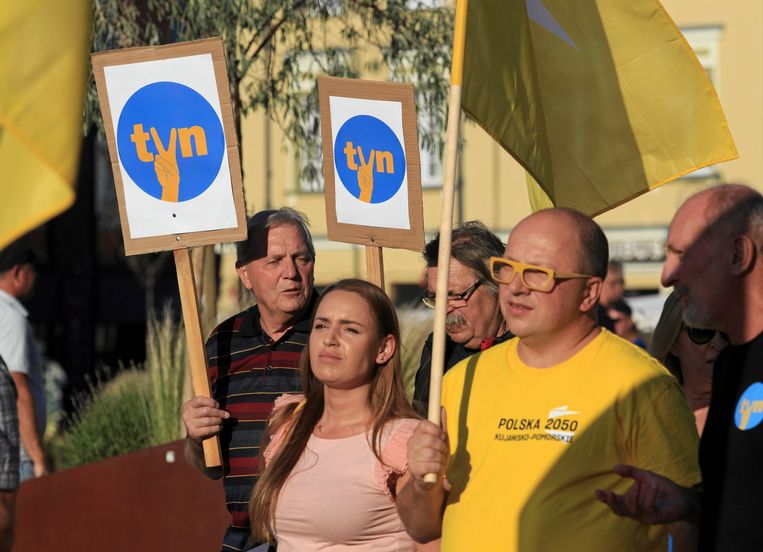 To prevent TVN24 from turning black, the Media commissioner grants the broadcaster a license valid for five years.

Poland is eager to get rid of TVN24 and has even passed a law that will drastically curtail press freedom in the country. The law – which only needs to be approved by the Senate – requires that Polish media can no longer be owned by non-European investors. This would mean the fatal blow for TVN24, which is owned by US media conglomerate Discovery via a Dutch letterbox build.

Despite the rescue from the Dutch hand, parent company Discovery is still considering taking legal action against the Polish government. According to the media group, TVN24 meets all legal requirements for an extension of the Polish license. Moreover, with the new legislation, Warsaw would violate a bilateral investment treaty with the United States.

“This Dutch license does not in any way solve the problem we have with the new law adopted by the Polish government. The future of TVN and press freedom in Poland is still at stake, “Discovery European President Kasia Kieli said in a statement.” We will continue to vigorously defend TVN24’s role as a leading supplier. independent news from Poland. ”

The independent press in Poland has been under pressure for some time. The public broadcaster TVP has been relegated to a propaganda channel for those in power; newspaper and magazine publishers are taken over by crown corporations and then silenced.

TVN24 is not the only foreign channel to have obtained a broadcasting license in the Netherlands. Mavise, a European institute which maintains statistical and analytical information in the field of cinema and television, figured rather than 70 percent of channels targeting another EU country use a license to broadcast in the Netherlands, Luxembourg or Spain. The Netherlands is leading the way and has issued broadcasting licenses to at least 27% of international channels in the European Union targeting another country. This mainly concerns American media companies such as Discovery and ViacomCBS.