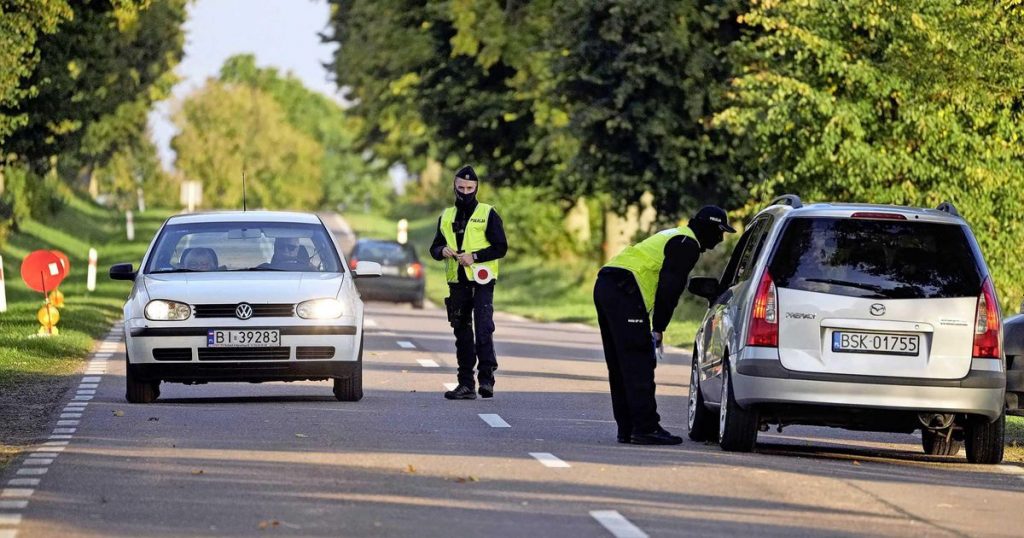 The text also specifies that migrants run the risk of being locked up if they cross the border, because this is illegal migration. A link to websites with explanations in Arabic, English, Russian and French on Polish policy towards illegal migrants is attached to the SMS.

In recent months, thousands of migrants, mostly from the Middle East, have tried to enter EU countries Poland, Latvia and Lithuania from Belarus. Belarusian leader Lukashenko’s regime lets them pass in retaliation for EU sanctions. The three countries have declared a state of emergency, erected fences and deployed their armies.

Polish authorities reported this week that they had arrested 8,200 migrants attempting to enter Poland since early August. About 12,000 migrants have made it across the border. They were imprisoned. Polish customs said 473 migrants were arrested at the border on Tuesday alone.

Belarus received numerous punitive measures last year for brutally crushing the protest movement in the country. It gathered around the electoral victory of a year ago, according to the EU, stolen by President Alexander Lukashenko. Lukashenko retaliated, among other things, by bringing Iraqi migrants to his country and crossing the border into EU countries, Lithuania, Poland and Latvia. He also ended cooperation with the EU to fight illegal migration and return migrants who are not welcome in the Union.