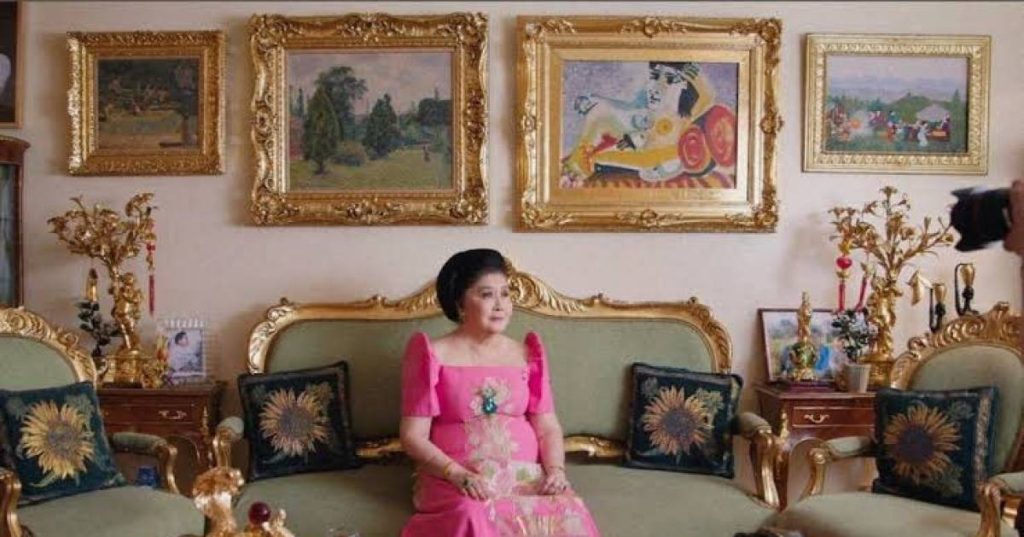 A colorful abstract painting of a naked woman on a bed wags people’s tongues in the Philippines. This work by Pablo Picasso, seized eight years ago, was spotted in statues at the home of the widow of former dictator Ferdinand Marcos.

Critics see it as a provocation by the family towards the Filipino population. They fear that the Marcos clan, which returns to power, wants to safeguard its artistic treasures.

His son Ferdinand ‘Bongbong’ Marcos Jr. won the presidential election with a bang on Monday. After his winnings, he visited his mother Imelda, widow of the former dictator. Television footage of the encounter shows a Picasso artwork from the “Reclining Woman” series hanging on the wall.

This painting was seized in 2014 by a special government commission (PCGG), which was investigating the ill-gotten wealth of the Marcos family. It would then have been transferred to the National Museum. It is unknown if the artwork on Imelda’s wall is a replica or the original. Although the committee chairman at the time claims the painting is fake, the images are a matter of speculation.

Marcos was the Philippines’ longest-serving president from 1965 to 1986. He ruled with a heavy hand and was guilty of human rights abuses. Political opponents have been arrested, tortured and murdered.

He also plundered about 10 billion dollars (9.7 billion euros) from the population. The money was funneled to foreign bank accounts and real estate. For example, $700 million from Swiss bank accounts was recovered.

The Marcos couple are steeped in luxury and have an impressive collection of jewelry, designer clothes and works of art. Imelda Marcos was known for her huge shoe collection, which symbolized excess and greed in the family. For years there have been rumors that the Marcos family owns a huge amount of gold.

A popular uprising in 1986 put an end to the dictatorial regime. Marcos quit and fled to Hawaii. He died there three years later at the age of 72. Widow Imelda returned to the Philippines at the end of 1991.

Since then, the PCGG has been trying to recover 200 works of art and other riches from Marcos. These include works by Rembrandt, Van Gogh and Picasso. The art collection was appraised in 1990 at a value of $5-8 million. Additionally, the country wanted to auction Imelda’s jewelry to raise millions of dollars for the state.

Now Marcos Jr. is coming to power, many Filipinos fear the family will put a stop to it. Picasso’s painting at home with Imelda would be an example.

Former PCGG board member Ruben Carranza tells the British newspaper The Guardian that it is not clear if the painting is a real Picasso. “Ms. Marcos has a habit of buying fake paintings and lending fake paintings to display.”

At the same time, he finds it significant that Imelda is showing the artwork at this time. “It shows his indifferent attitude towards Filipinos,” Carranza said. “She makes them believe again that they have so much wealth and they can just show it off whenever they want.”

The Marcos family continues to face dozens of lawsuits for their looted wealth. Imelda has appealed a 2018 criminal conviction for bribery.

Marcos Jr. has always minimized or denied the abuses that took place under his father. If he is president, he will have the power to appoint the directors of PCGG, which would give him enormous influence over the committee set up precisely to recover the family patrimony.

His spokesperson declined to comment during a press conference on whether the artwork in Marcos’ home is a real Picasso.