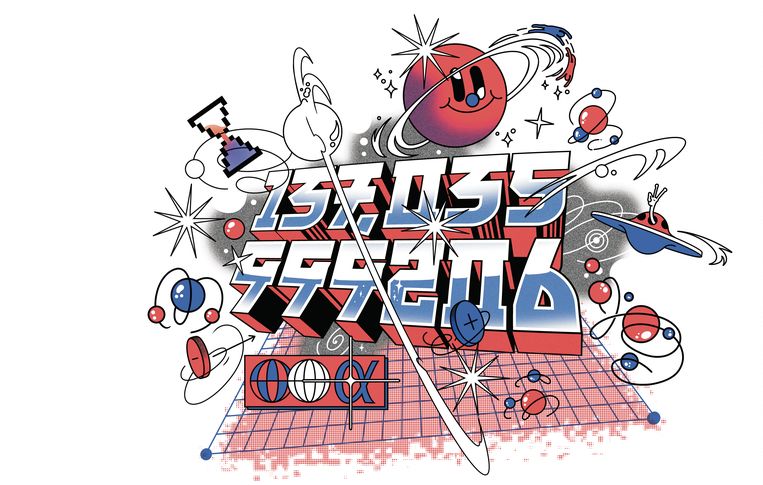 In a Parisian laboratory, a French physicist determined very precisely the value of a number that shapes the universe. The measure offers new insight into whether unknown things still lurk in the nooks and crannies of reality.

No, it’s not “42”. With this bizarre response, the Deep Thought supercomputer enters a famous scene from the sci-fi classic The Hitchhiker’s Guide to the Galaxy asked about “the answer to the question about life, the universe and everything”.

Yet it could have been done. Because although the so-called fine structure constant is just a little less complete than “that one question”, it doesn’t make much difference either.

“ A universe where this constant has a different value would probably be completely different, ” says physicist Saïda Guellati-Khélifa, lead author of an article in a specialist journal Nature in which she and her colleagues present the most accurate value of the globally known constant among physicists.

In her laboratory at Pierre et Marie Curie University in Paris, she determined with an accuracy of 9 decimal places that α, as physicists call the constant in their formulas, has a value of – to breathe – one divided by 137.035999206.

Food for number fetishists, but not very relevant otherwise? Well, α plays too big a role in modern physics for that. For example, the constant determines the way light travels in a room and the strength of electromagnetic force, the force that magnets stick to your refrigerator door.

Because α is so small, this force is relatively small. This means, among other things, that the electrons (negatively charged) that dance like clouds around the nuclei (positively charged) of atoms do not fall with a thunderclap. Something that would spontaneously collapse matter in everything from our bodies to the nebulae and stars of the deep cosmos.

“The fine structure constant is omnipresent in physics,” explains Guellati-Khélifa. “Accurate value determination therefore also serves as a stress test for many of our natural laws.

Yet the fine structure constant is only one of many fundamental natural constants known to physicists. “There are probably around 26 in total,” says Piet Mulders, affiliated with the Nikhef National Institute of Physics. Together, they determine what the Standard Model of particle physics looks like, the model that captures all known particles (the smallest building blocks of everything around us) and their mutual interactions into a comprehensive mathematical description. “The masses of known particles, the strength of the Higgs field, the energy that is in empty space – these are all values ​​that the universe has set for us,” he says.

Physicists do not understand why these numbers have this value. But if they were even slightly different, the reality around us would end with existential creaks and creaks. Turn the wrong knobs and you can make the gravity so low eg as the galaxies separate, the earth separates from the sun and – if we’re really unlucky – people are thrown off the earth like drops of water from a salad spinner.

Guellati-Khélifa also thinks that it is important, all these constants. Yet the fine structure constant is the most special for her. Lots of constants express yourself in units, ”she says. For example, you can write the mass of the proton in kilograms (1672.623.1 × 10−27 kg), but also in so-called electron volts (938 MeV / c2), such as is more common in particle physics. Physically it means the exact same thing, but the number you write is suddenly different. “This is not the case for α and a number of other constants,” explains Guellati-Khélifa. They are dimensionless and therefore eternal. Always the same everywhere. And for a romantic number, that’s great.

A lot of patience

For 22 years, Guellati-Khélifa has been working to determine the constant more and more precisely. “ Of course, this does not mean that I have also been measuring for 22 years, but it does mean that I have built increasingly precise instruments, developed better experimental techniques and gradually learned to apprehend the physical phenomena that lie beneath our experience, ” she says. . With the new determination – three times more accurate than the measurement made by its US competitors in 2018 – as a provisional highlight.

Mulders describes the result as admirable. “You really have to be very patient for this measure. And this even if you know that you can expect a lot of criticism if even a detail of the implementation is wrong.

Rotation of the earth

The experiment of Guellati-Khélifa and his colleagues maps the fine structure constant by measuring the impact that a rubidium atom receives when it absorbs a photon, a light particle. You can translate the force of this blow – with a few calculations – into α.

It’s such a delicate job that the researchers introduce in their paper an error table that takes into account everything from the influence of gravity to the tiny impact on the experience of the Earth’s rotation on its own axis.

At the bottom of the line, all this monastic work Guellati-Khélifa and his colleagues give not only a new record, but also a new insight into the smallest details of our natural laws. For example, the fine structure constant says something about the existence of particles that could be the cause of dark matter – a mysterious “ substance ” present in large numbers in the cosmos that physicists have only seen indirectly, by the influence of its gravity. “.

For the moment, the measurement still perfectly follows the predictions of the Standard Model. If unknown things lurk in every nook and cranny of reality, his experience has yet to uncover them. “But if we make an even more precise determination later, we might still get a glimpse of the new physics,” she said firmly. Even after 22 years his quest for the ultimate measure of the magic number upon which our reality rests is still not over.