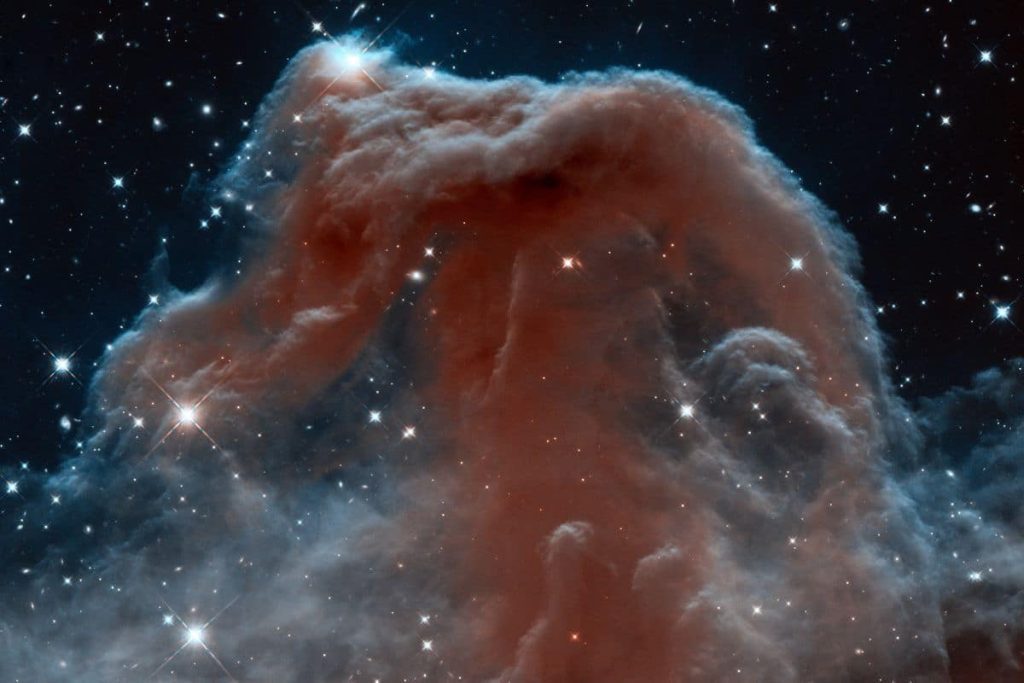 In 2013, Hubble celebrated its 23rd anniversary with this stunning image of one of the most beautiful dark nebulae in the night sky: the Horsehead Nebula.

The Dark Horsehead Nebula is made up of cold gas and dust. The nebula is clearly visible because its silhouette blocks light from the brightfield nebula (IC 434). The horse being a noble animal, the nebula has a recognizable mouth and head. The mouth is molded into this shape by radiation from a nearby star.

This famous nebula is 1,500 light years from Earth. The nebula is one of them Orion Complex: one of the most active star-forming regions we can observe from the Earth’s surface. Hundreds of light-years across, this region is home to young stars with protoplanetary disks, open star clusters, emission nebulae, reflection nebulae, and many exotic objects.

Winter: the season to observe the Horsehead Nebula
The constellation of Orion being very well visible from the Netherlands and Belgium in the coming months, it seems interesting to photograph or observe the nebula. But be careful! It’s a real challenge. You not only need a large telescope, but also a dark night sky. Luckily, if you have the right gear, the Nebula is fairly easy to find, especially in Orion’s Belt. So aim your telescope at other special Orion objects, such as the red star Betelgeuse and of course the Orion Nebula. They are much easier to spot.

Next week, we’ll be visiting another crown jewel of winter. For this, we travel one constellation further, namely to Taurus. Do you dare to guess which object is the space photo of the week?

Over the past few decades, space telescopes and satellites have captured beautiful images of nebulae, galaxies, stellar nurseries, and planets. Every weekend, we retrieve one or more impressive space photos from the archives. Enjoy all the photos? Check them on this page.