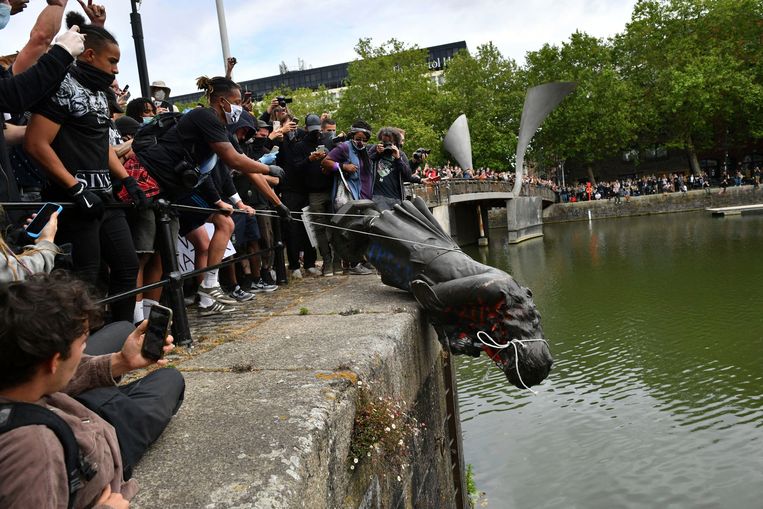 In the UK legal system, the verdict of a jury is normally untouchable. However, in exceptional cases, the Attorney General can have him check whether the legal procedure has been properly followed. That is exactly what Suella Braverman, the chief prosecutor in the Conservative government, envisions. The question will then be whether the judge guided and informed the jury in the right way.

The process seemed fairly straightforward. The four did not deny that they damaged the image of the 17th century slave trader. You can even see it in pictures. They were therefore surprised that the eleven of the twelve jurors concluded Tuesday that no offense had been committed. Unlike Americans, British jurors are not allowed to talk to anyone about the proceedings after the trial, especially not to the media.

The jury may have fallen for the defense plea. In his plea, the lawyer had advised laymen in court to be “on the right side of history”. However, the central question of the process was not whether the action was correct, but whether it was legal. The judge may not have sufficiently informed the jury that it is not the story of slavery that deserves a verdict, but the vandalism of public property.

The four were expected to be found guilty by Bristol court after which Judge Peter Blair, given the context, could not impose a sentence. There has been a lot of talk about the verdict in recent days. Fears were thus expressed about the creation of a precedent. Former Attorney General Robert Buckland called the verdict “perverse.”

A major campaign had been organized to finance the legal fees of the defendants, in particular music concerts and the sale of a t-shirt specially made by the Bristol resident artist Banksy. The four called the recent move a “blessing for Bristol”. When there is a review and senior judges find that the process was not followed properly, there may be a new trial with a new jury.