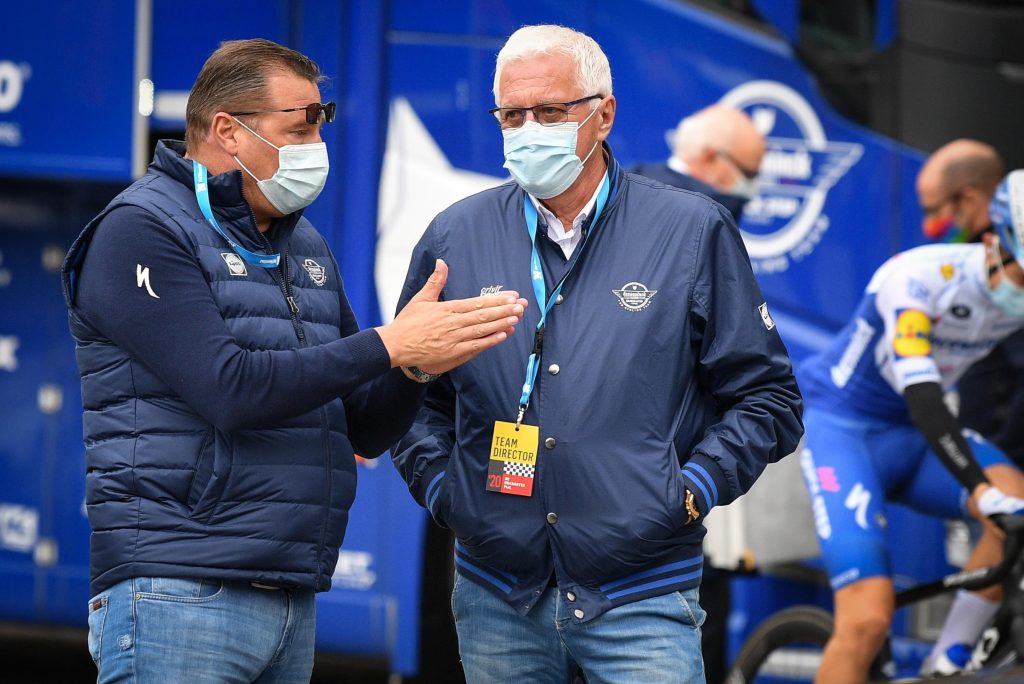 READ ALSO. Godfather Deceuninck after leaving the Lefevere team: “Patrick forgot that we saved him. I’m a little disappointed with that. “

In September, team manager Deceuninck – Quick-Step gave the following peppered answer to the question of when he will start with a women’s team. “If there are enough good riders in Belgium… But where to start? We must first convince these women to become cyclists. I also don’t have the experience, the time, the money, or the desire to invest if I don’t know where I’m going to end up. With all due respect, but I’m not the CPAS either, hey. “

“I’m glad he’s not interested in women’s cycling,” said top rider Lizzie Deignan a little later. “I just wanted to indicate that there are currently not eight or more riders at the end of the contract that would make me competitive in the WorldTour,” replied Lefevere in his column on Het Nieuwsblad. “But a women’s team is a track that we are looking at of course.”

In 2022, the time has come. NXTG Racing Team is teaming up with Experza, a company founded with the help of Lefevere and which until now sponsored the cycling team of the wife of its sporting director Rik Van Slycke. The new team will be called NXTG by Experza.

“First of all I want to say that – despite what many think – I have nothing against women’s cycling,” Lefevere told Cyclingtips. “On the contrary. I am now starting an adventure with Experza and NXTG because the women’s race is growing very quickly. However, I think that there are currently too few top riders to fill all the existing WorldTour teams. I do the opposite, starting with juniors and young riders. By offering them an environment in which they can evolve. That is why I got in touch with Natascha Knaven-den Ouden, the founder of NXTG Racing (where Jolien D’hoore will become U23 sports director next season. “We must increase the pool of good runners. It is only in this way that you will be able to develop the sport and make it more sustainable.”

Lefevere says he will now “research for a year” in women’s cycling. “Thanks to Experza, a company that I founded with Sylvie Anraed, I found a solution for 2022. It gives me the opportunity to look around me. We’re going to test the women’s running, so to speak. We are currently in discussions with our current partners to see what is possible and if they want to invest. Our ambition with Quick-Step – Alpha Vinyl is to make it work as quickly as possible and to develop women’s cycling. We understand the importance of this.

But we have to wait a little longer for a female Quick-Step team. “Just like with the men, I want to put together the best performing women’s team,” he rings out. “I thought about buying an existing team for a long time, but I didn’t feel right. This is why I do the reverse first.

NXTG Racing was founded in 2019 as a UCI team to offer a place for the talented juniors of the APB development team. The goal of NXTG Racing is to provide riders with a professional training environment with a high quality competition program to take the difficult leap from junior lady to elite. In three seasons, the team has firmly established itself in the top 20 in the world. With Charlotte Kool and Shari Bossuyt, two riders are now making the transition to the UCI Women’s World Tour.