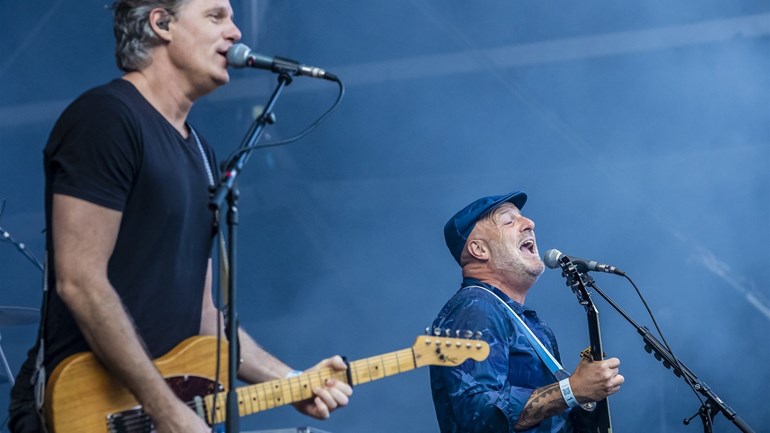 They won’t call themselves rusty, but routine is out of the question. This routine is even absent, says Paskal Jakobsen on the eve of their new club tour, which they will start tonight in Antwerp. The group has played little in recent months, a dozen very beautiful concerts according to the singer. But they are eagerly awaiting the tour. Jakobsen: “It’s very nice to get into a period where we’re on tour. Where we really work with the band.”

Ticket sales for the shows are going well, but that is not straightforward, according to Jakobsen. “There is no club in the Netherlands that has not booked anything for an evening. The national offer is very wide. So it is not obvious that we are selling tickets. We are very happy with it.”

BLØF released a new EP last summer, Polaroids_01, but that’s not the theme of this tour. “The boys are back in town, we are on the road again”, and that is the most important thing according to Jakobsen.

According to him, they will play songs from the EP during the tour, but also new music. Jakobsen: “We want to release the new single in not too much time, two or three weeks. Then there will be new work and you will want to play it again.”

Listen to the full conversation with Paskal Jakobsen from BLØF here.

Until Christmas, the group will perform in the big halls of Alkmaar, The Hague, Zwolle, Groningen, Utrecht, Eindhoven, Amsterdam, Heerlen, Tilburg and Nijmegen.