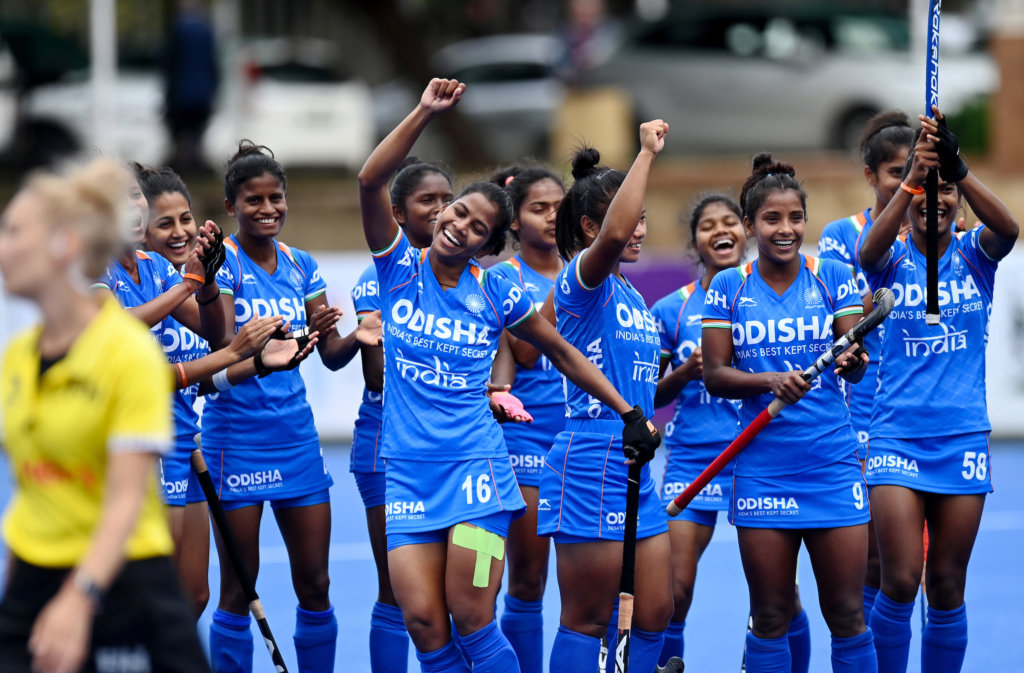 After two big wins (9-0 and 11-0) the Dutch Juniors enjoyed a well-deserved rest day. But of course many other teams got into action at the North West University site in Potchefstroom. India trailed Germany and Argentina took the spoils again.

Morning feeling. Potchefstroom had barely recovered from a stormy night – showers, thunderstorms and the occasional power outage – when Malaysia and Wales provided plenty of entertainment. The Asians, swept 10-0 by Germany the day before, looked poised for a soft victory. Until Wales gasped in the final twenty minutes. Goals from Jessica Hill and Cerys Preston gave the Brits the first point of the tournament. Malaysia, too – which has entered the hostile circle much more often – has started from scratch, but will certainly not be content with it.

India and Germany made it a wonderful match at Potchefstroom on Sunday morning. However, title favorites Germany soon had to swallow when the Indians were immediately accurate from the first corner. Things got even more painful for Germany – the team that played in the Pro League against ‘big’ India a few weeks ago – when the Asians scored again from a corner. Germany signed just after swapping the keeper for an extra outfield player, before the connecting goal, but did not come close. With this victory, India is already certain of the quarter-finals after two victories.

Austria v Uruguay 0-1
’55 0-1 Vidal (c)
Uruguay, who performed so well in the Pan American Cup, narrowly beat Austria. The team that was called up as a reserve reserve (after the cancellations of Australia, New Zealand and Belgium), almost ran away. Manuela Vidal saved Uruguay from losing points as her side prepared for the game’s second corner. It wasn’t until five minutes before the end that the position of the glasses disappeared from the scoreboard.

Argentina got off to a great start against South Korea thanks to goalkeeper Daiana Pacheco’s first goal – her fourth already at Potchefstroom. After silver Olympian Valentina Raposo’s striking corner, the game was effectively over after 23 minutes. Argentina therefore took the second three-pointer of this tournament, but failed to build on the score.