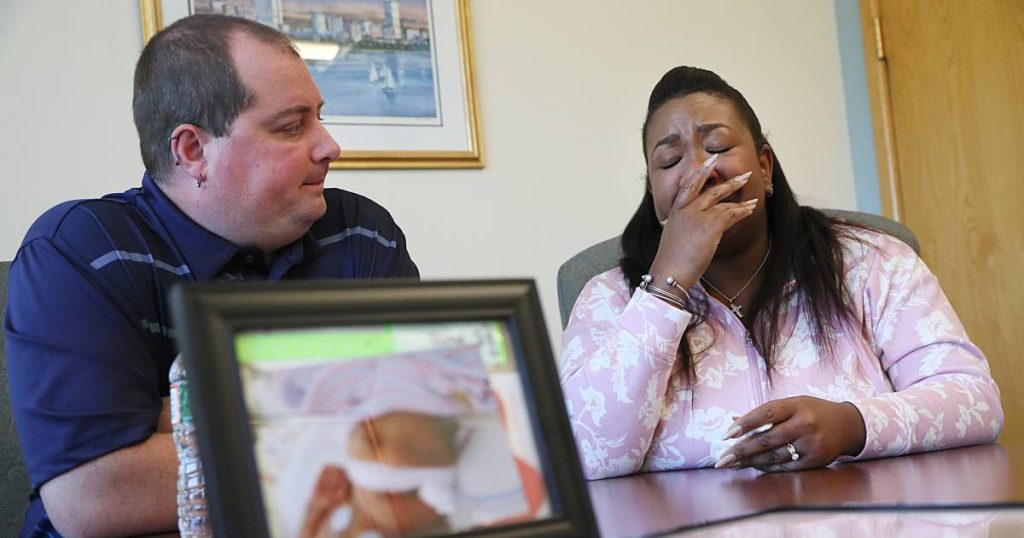 The parents of a premature baby who died in Boston, Massachusetts, have sued a hospital after staff accidentally threw the baby’s body in the trash. Parents Alana Ross and Daniel McCarthy wanted to bury their Everleigh, but the hospital informed them days before the funeral that the body could not be found.

The facts date back to 2020, but the girl’s parents filed a complaint last Thursday against the hospital and fourteen employees. They are charged with breach of contract, negligence, intentional infliction of emotional distress and unlawful use of human remains.

Everleigh Victoria McCarthy was born on July 25, 2020 at Brigham and Women’s Hospital in Boston. When the baby, who weighed just 1.4 kilograms, was born, “medical complications” arose. Everleigh was treated in intensive care for 12 days before doctors told her parents on August 6 that she would not survive. The girl died the same day.

After Everleigh died, doctors promised the girl’s body would be kept in the hospital morgue while Alana and Daniel prepared for their daughter’s funeral. On the evening of August 6, nurses brought the body to the morgue, according to the newspaper. However, a member of staff placed the body in a metal rack, complaining that ‘this was not the proper or proper place for … the remains of an infant’.

The police report later revealed that the pathologist working on August 7 mistook the body wrapped in a linen blanket for dirty laundry. The man then threw the blanket into the container of contaminated material.

For three days, no one realized that the baby’s body was missing, until the undertakers came to collect the remains. Moments later, Alana and Daniel also heard the terrible news.

During questioning, the pathologist admitted that he may have dumped the baby’s body without realizing it. However, the man insisted he was ‘left in the wrong place’ and that ‘error by staff members accessing the morgue caused the inevitable events’.

The Boston Police Department made another attempt to locate the deceased baby among mounds of trash, but to no avail.

Thrown away as trash

According to their lawyer, parents Alana and Daniel are not asking for a specific amount of money, but simply want a jury to consider the case in hopes that the trial will prevent horrible misunderstandings like this in the future. . “It was traumatic when our daughter died, but we were even more traumatized when we learned that the hospital had thrown her away as waste,” they said in a statement. “We think about it every day and want to make sure another family never has to go through this.”

Sunil Eappen, the head of the hospital, said BNC News that he and the staff extend their deepest condolences and apologies to those bereaved “for the loss and the heartbreaking circumstances in which it occurred”. “We immediately and transparently shared full details of the incident with Everleigh’s family,” Eappen said.

“We systematically assess system errors and human actions that have contributed to potential errors or problems…and take action,” he said.