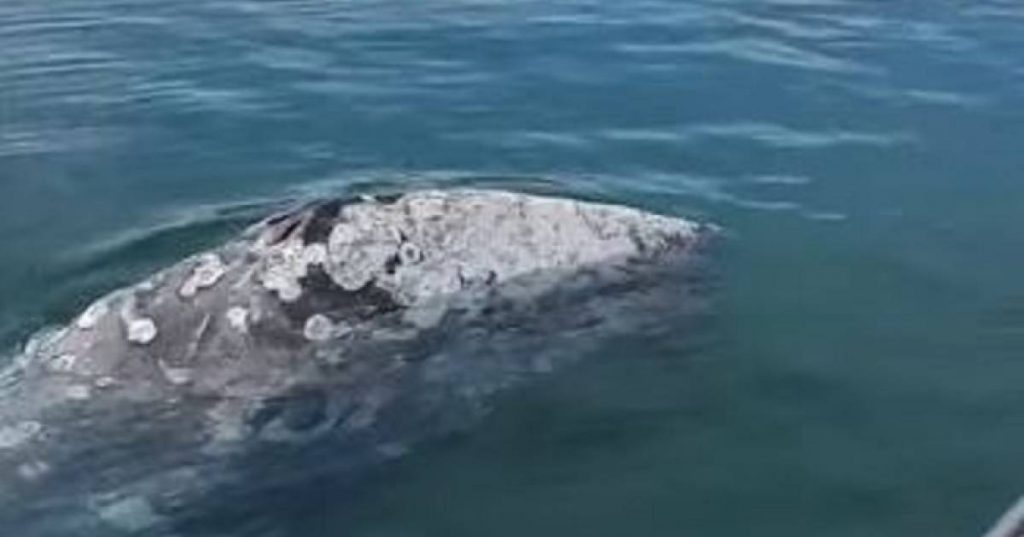 VideoA gray whale has been spotted for the first time off the coast of southern France in recent days. The specimen of about fifteen months and eight meters long has already been spotted in recent weeks off the coasts of Morocco and Italy. The French Rescue Network for Stranded Marine Mammals (RNE) suspects the unusual visitor got lost.

The gray whale has resurfaced in recent days in Bormes-les-Mimosas near Toulon and had already been spotted in Mandelieu-La-Napoule near Cannes and Antibes. The specimen is in fairly good health, but has become very emaciated due to not being able to feed in the usual way of scooping up crustaceans and starfish from the seabed to the side, said the veterinarian and member of the RNE Adrien Gannier to the French media. He spotted the whale calf on Friday in the port of Bormes-les-Mimosas. The port authorities were able to propel the marine mammal towards the Mediterranean.

“We guided it a little west and left it 1.8 kilometers from Cap Bénat,” says Gannier. He hopes the calf will continue its journey to the Gulf of Lion, between Toulon and northeastern Spain, and then find its way back to the Atlantic Ocean along the Spanish coast and Gibraltar.

The presence of this species of whale in such waters is quite unusual, he said. The vast majority of the population lives off the coast of Baja California, Mexico in the winter and Alaska in the summer. Gannier: “It is possible that this whale, born off the Mexican-Californian coast, got lost during its first feeding season in the Beaufort Sea and, instead of swimming towards the Pacific, crossed the Atlantic. before finding herself trapped in the Mediterranean.

The small whale was seen off the Moroccan coast in early March and in recent weeks near Naples, Fiumicino (Rome) and Genoa. As special as it may be, he says this isn’t the first time a gray whale has surfaced in the Mediterranean. “In 2010, a specimen was seen twice off the coasts of Israel and Spain,” said Adrien Gannier.