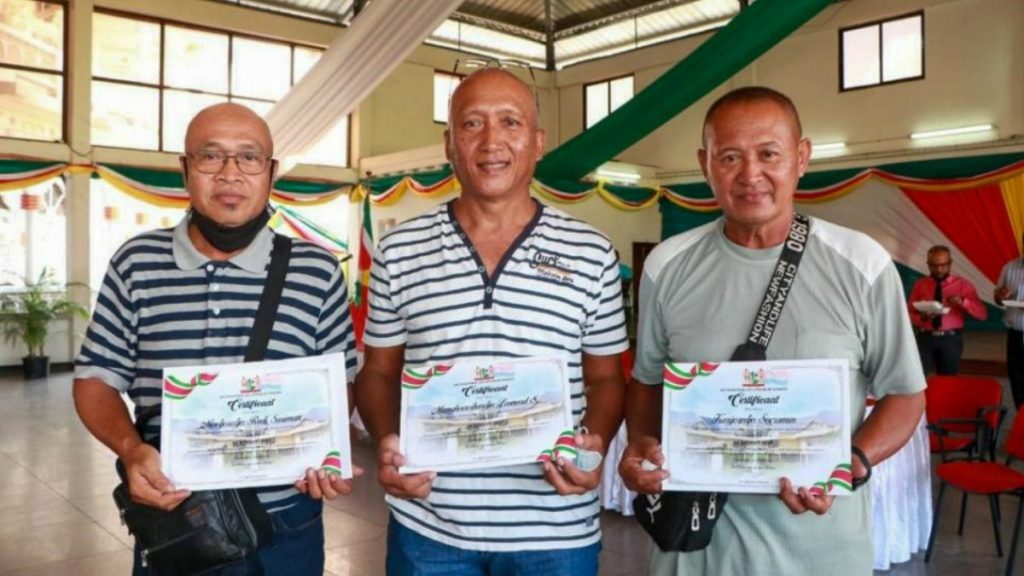 The Ministry of Public Works (OT) once again honored retirees and jubilees by honoring them. This happy event took place on Thursday 2 and Friday 3 December in the main temple of the Arya Dewaker association in Johan Adolf Pengelstraat. OW Minister Riad Nurmohamed, political advisers and board members thanked the country’s officials for their many years of dedication.

Since Nurmohamed took office in July 2020, it has been found that there is not only a backlog in infrastructure but also in personnel. In this context, the Minister has placed human resources as a priority in order to catch up as much as possible.

OW officials who received recognition this year reached 25, 30, 35 and 40 years of service during the years 2017 and 2018. OW employees who reach retirement age this year have also been honored. They each received a charter or certificate as well as an envelope with its contents.

Retirees and Jubilees are very grateful to the Minister of OW, management and staff for their extraordinary appreciation. The Minister expressed his special thanks to the team of his ministry who did a considerable job to make this historic moment a success. He indicated that a lot of work is being done on the changes in personnel matters.