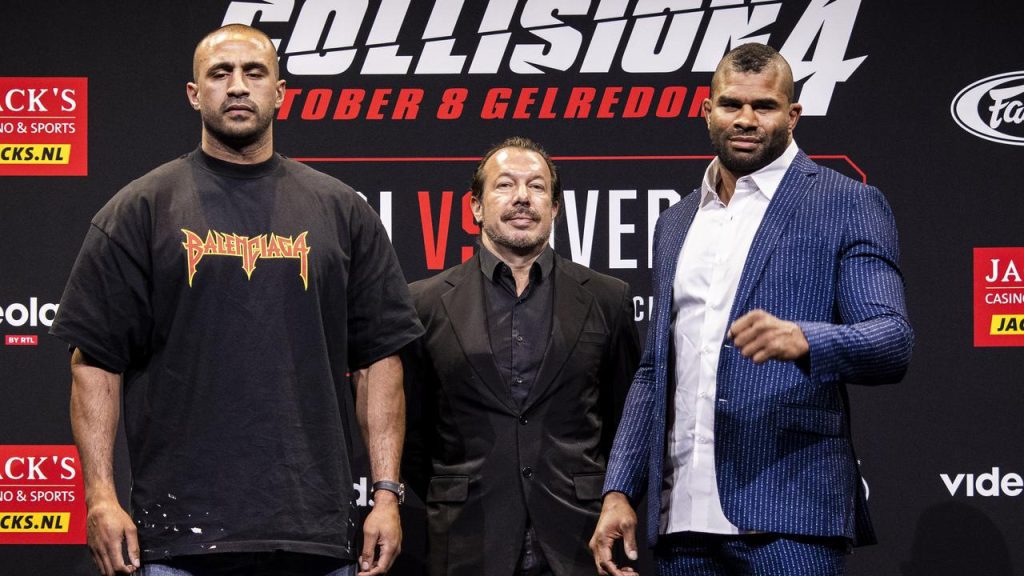 Alistair Overeem wants to show himself to the Dutch public one more year in the fall of his career. The 42-year-old martial arts icon will make his debut against Badr Hari at kickboxing association GLORY on October 8 and has high expectations.

With his move to GLORY, Overeem is making a comeback as a kickboxer. He was a hit in the sport in the past after which he was a UFC fighter in the United States for the past ten years. A good time, he says, but he missed the food, the mentality and the nature of the Netherlands.

“It’s nice to be back in the Netherlands. Now I’m enjoying it a lot more. I spent ten years in America and came back from time to time, but I always missed the Netherlands” , Overeem told NU.nl.

The son of a Jamaican father and Dutch mother is aiming for a short but powerful kickboxing comeback for his own audience. The winner of the duel between Overeem and Hari is almost certainly awaiting a title fight with world champion Rico Verhoeven.

“It will be an important match in terms of prestige for Badr, for me and for Rico. We are now in a triangle. Rico has the title and it is good for him, but I don’t think for long. He will lose this.”

“My injury may have been good”

Overeem would actually make his debut for GLORY in October of last year with a title fight against Verhoeven. It didn’t happen because he injured his back. He no longer suffers from it.

“That injury may have even been good, because it made me stronger and fitter and I spent more time kickboxing,” said the experienced Dutchman. He doesn’t mind that he now meets Hari instead of Verhoeven. “Rico will come after this. I like that order,” he said confidently.

He certainly doesn’t underestimate Hari. “He’s smart, hits hard and is a mega talent. I don’t need to say too much. I’ve been training for about 30 years so I can analyze him well.”

Alistair Overeem has made a name for himself as a UFC fighter in recent years. There was no title.

Overeem wants to become a coach after his career

And when will Overeem’s martial arts career end soon? “My next step will be to pass on my knowledge to the next generation. I had the opportunity to train, learn and acquire knowledge all over the world for thirty years,” he says about of his intention to become a trainer.

“During my injury I was sitting at home on the sofa and I didn’t like it, sitting is not for me. I’m someone who has to go out. I started teaching then. I get a lot of pleasure and satisfaction from this.”

A return or extension of his top sporting career after his first year with GLORY is out of the question. “It’s my last year. I want to fight Badr and Rico and maybe finish against someone else. Then I quit. Then I’ve finished the 25 years.”

The fight between Overeem and Hari is part of the COLLISION 4 event, which will be held on October 8 at the GelreDome stadium in Arnhem. The two met in 2008 and 2009 in the then K-1 and each won once.