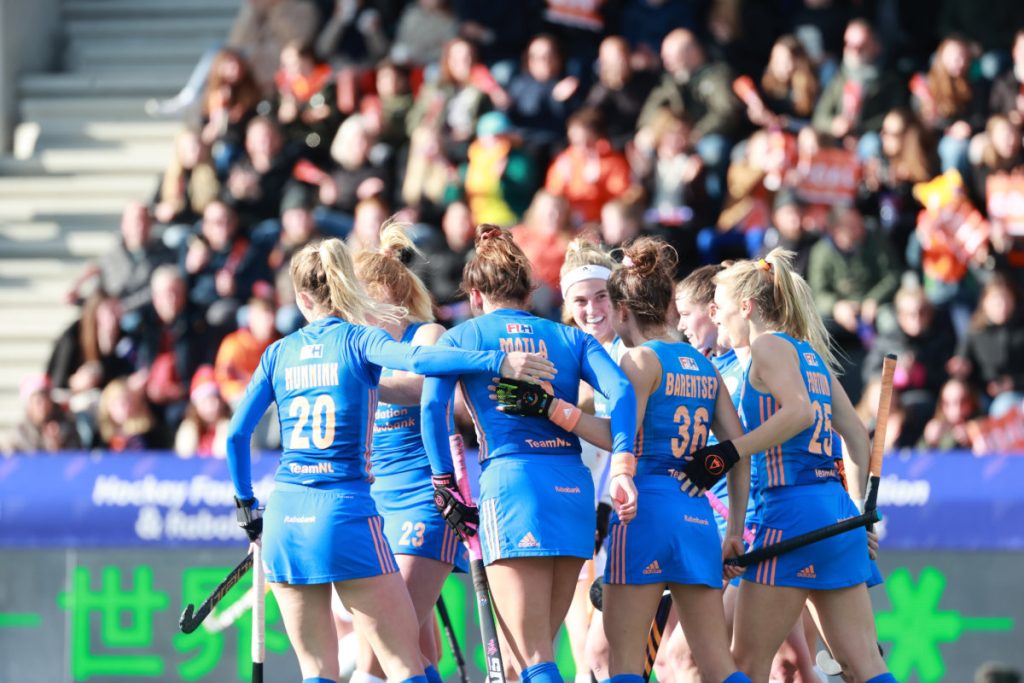 The Dutch national team capped off the eventful week at Wagener Stadium on Sunday afternoon, following the research report, with the second victory over the United States in two days. The Orange team won 10-0, partly thanks to three goals from Yibbi Jansen. This is the biggest victory in the Women’s Pro League.

Unlike last Saturday (3-0 win), the Netherlands expressed the huge difference in power in large numbers this time. In playing hockey, the Orange was almost ridiculously much better than the poor United States. An advantage for the Netherlands was also that the penalty corner went much better than on Saturday. However, Orange could have scored much more often. A result of 15-0 or more would not have been unwelcome.

With this victory, the Dutch national team further stands out from its German and Argentinian competitors in the Pro League standings. Orange leads with seventeen points in six games. Argentina have won every game so far, but Las Leonas only came into action four times and played five points less than the Netherlands and two games less.

Compared to the first meeting with the United States, national coach Jamilon Mülders has made some changes. Pleun van der Plas replaced Marloes Keetels in midfield. Marente Barentsen also played in midfield again instead of at the back. So there was room at the back for Tessa Clasener, who took the place in Stella van Gils’ selection.

The captain’s armband hung on Pien Sanders’ arm this game. On Saturday, Frédérique Matla was named captain last February in the two matches against Spain, a role entrusted to Lidewij Welten. The decision of national coach Jamilon Mülders not to appoint a permanent replacement for the injured Eva de Goede for the moment cannot be dissociated from the change in hierarchy underway within Orange. Under Alyson Annan’s wing, the older players were clearly the leaders, but behind the scenes the middle group is increasingly restless.

The first goal came after nine minutes of hockey on the game’s second penalty corner. At the head of the circle, Frédérique Matla usually obtains the confidence of Mülders. Now that she was out of line, it was Yibbi Jansen’s turn. His first drag ended directly on the left of the table: 1-0. 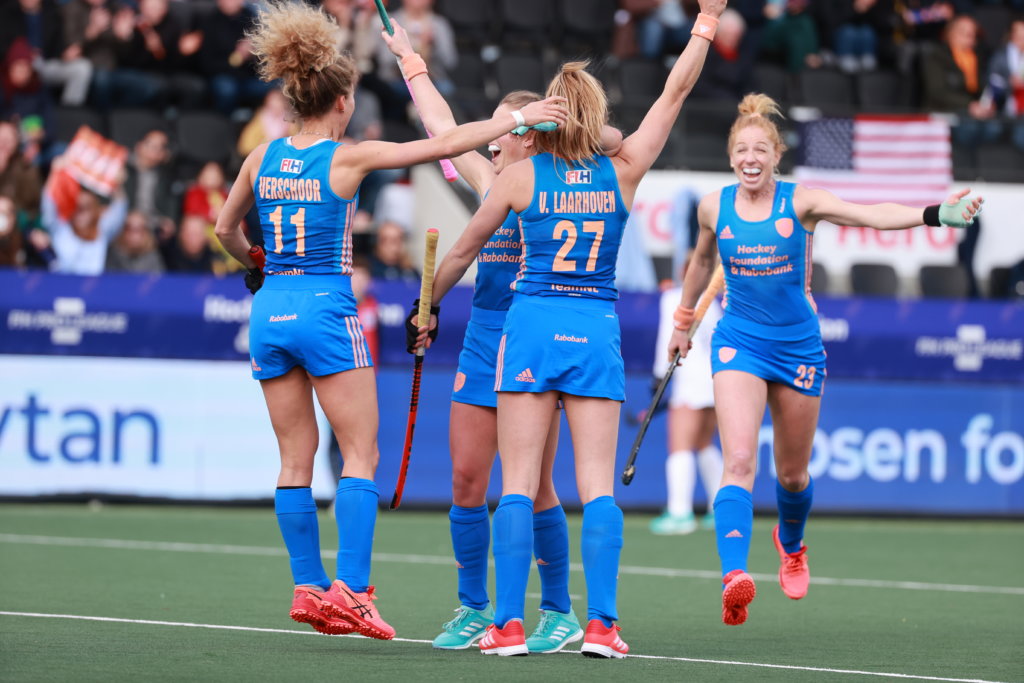 Halfway through the first quarter, the Netherlands were a little shocked when Josine Koning saved the 1-1 thanks to a save from a low shot by Olivia Bent-Cole. It was a rare attack from the United States, which, like Saturday, erected a wall and above all wanted to prevent a monster result.

The Netherlands dominated and regularly encountered goalkeeper Kelsey Bing. At the start of the second quarter, Orange extended the lead to 2-0 thanks to a hard-hitting corner from Renée van Laarhoven, his first goal for Orange. Even before the break, Jansen won 3-0 on Orange’s sixth corner. 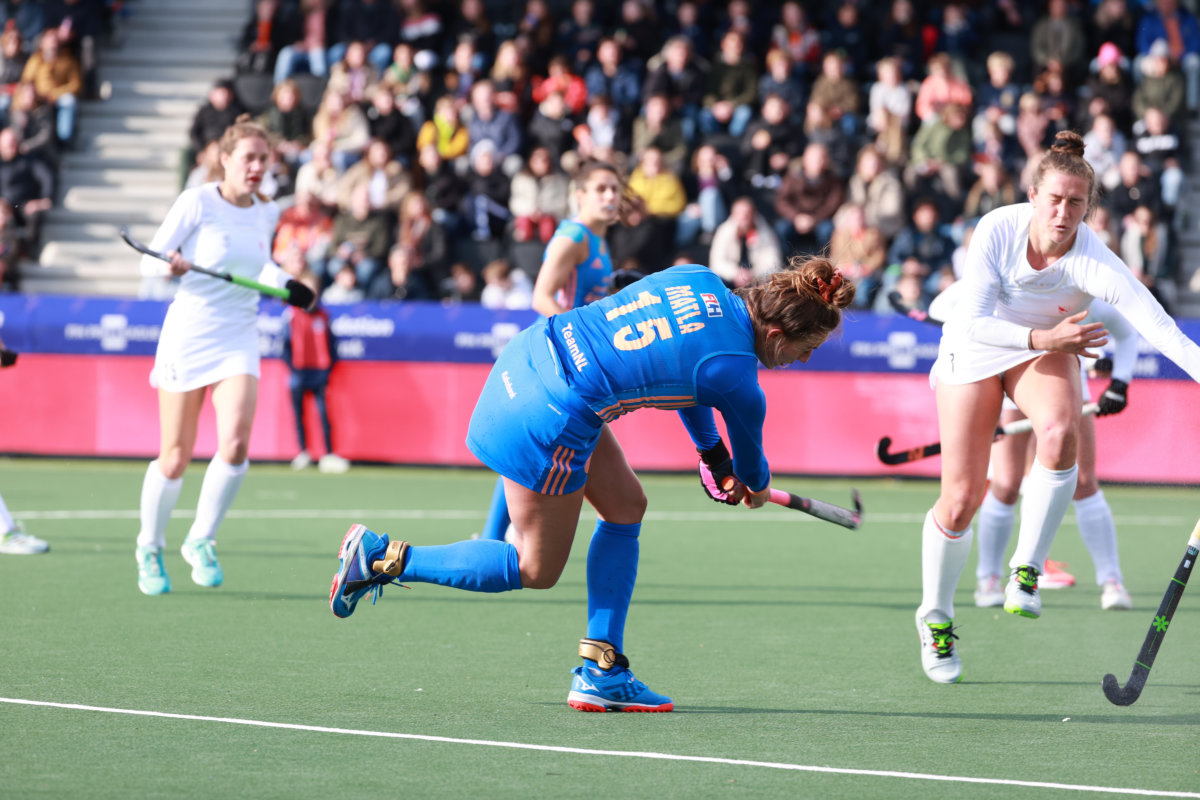 Frédérique Matla hit hard for the 4-0 and a few moments later also scored his second goal of the match. Photo: Koen Suyko

The 4-0 midway through the third quarter was brilliant by Matla, who sent the ball into the roof of the goal with a stunning kick. Shortly after, Joosje Burg wrote the 5-0 to his name. Shortly after, Matla fired hard in the 6-0 with his backhand, again a pearl of goal.

In the last quarter, after a magnificent solo, Jansen served his teammate Lidewij Welten (7-0). Striker Freeke Moes signed for the 8-0. Burg made it 9-0 after a fine pass from Xan de Waard. At the last minute, Jansen made the final score 10-0 with his third goal. Next week, the Netherlands will continue the Pro League campaign with two away matches in India. Only seven players from this selection will participate: Yibbi Jansen, Kyra Fortuin, Renée van Laarhoven, Marente Barentsen, Stella van Gils, Fiona Morgenstern and Tessa Clasener. The rest of the team is filled with talent and the best players in the league. It will probably be much more difficult for Orange than against the United States.

Find below the highlights of the Pro League match between the Orange Women and the United States.