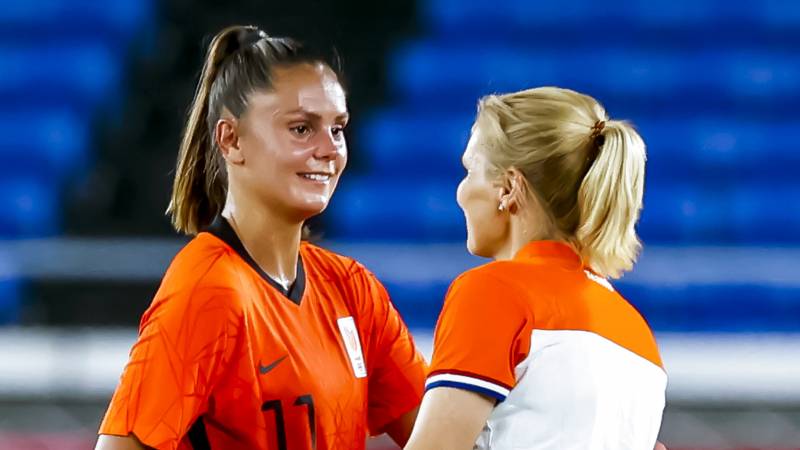 While the Orange records resounding victories, Team USA (with stars like Alex Morgan and Megan Rapinoe) are struggling at these Games. “They even played a draw in the last group game,” said Orange national coach Sarina Wiegman. “I don’t know America that way.”

The team started with a surprising 3-0 loss to Sweden and ended the group stage with a 0-0 draw against Australia. In the meantime, it took a while against New Zealand: 6-1.

Miedema is in good shape and will definitely play

Miedema now has all eyes on her at her first Olympics. She has scored no less than eight times in the group stage, setting a record. Never before has a football player scored more than six goals in an edition of the Games.

And the Miedema tournament is not over yet. But is 25-year-old Hoogeveense also in good shape? The forward took his place in the dugout against Zambia after an hour (and four goals) with an ice pack on his right knee. And against China, she started on the bench.

“Vivianne can just play,” said Wiegman, who says he’s not worried about injury heading into Friday’s game. And she’s also ready to reveal a name of the starting lineup. “Vivianne is in good shape and is our forward.”