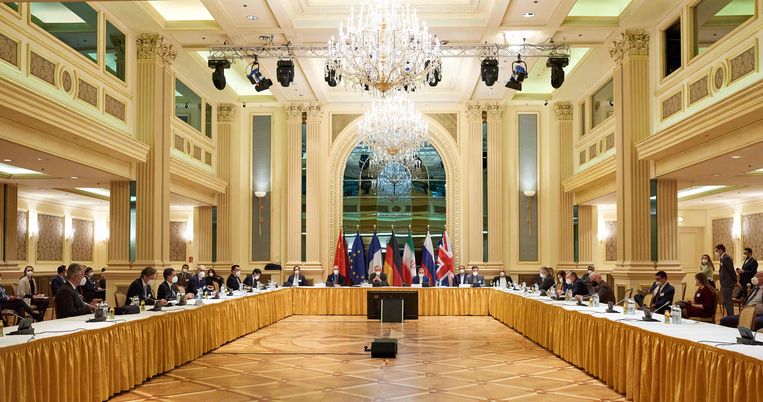 The head of the Iranian negotiating delegation Abbas Araqchi said after the initial talks in Vienna that they had been “constructive”. He said discussions would continue on Friday.

As part of the 2015 agreement that Iran signed with the United States, China, Russia, France, Germany, Britain and the European Union, it pledged to drastically reduce its nuclear program to ensure it does not develop nuclear weapons. But President Trump withdrew the United States from the deal in 2018, according to him as the “ worst deal the United States has ever made. ” To put pressure on Iran, he announced severe economic sanctions against the country.

In response, Iran has accelerated uranium enrichment well above the limits agreed to in the nuclear deal. He restarted a large number of centrifuges used for uranium enrichment and announced that the enrichment level would also increase to 20% purity, which is the lower limit for the manufacture of nuclear weapons.

Iran’s chief negotiator Araqchi said his country had rejected a US proposal to immediately stop enriching up to 20% in exchange for freeing $ 1 billion ($ 840 million) in frozen Iranian assets.

The US State Department has also said nothing will change US policy at this time. The State Department called the talks a “good exercise,” which will hopefully lead to agreements on a timetable for lifting US sanctions and Iranian measures to return to compliance with the nuclear deal.

The United States is also hoping to persuade Iran to extend the term of the deal, currently 15 years. This relatively short period was one of the reasons Trump let the United States leave the deal. Furthermore, like Israel, which was strongly opposed to the deal from the start, it also felt that there was far too little control over Tehran’s compliance with the deal. The Biden government is also hoping for improvements on this point.