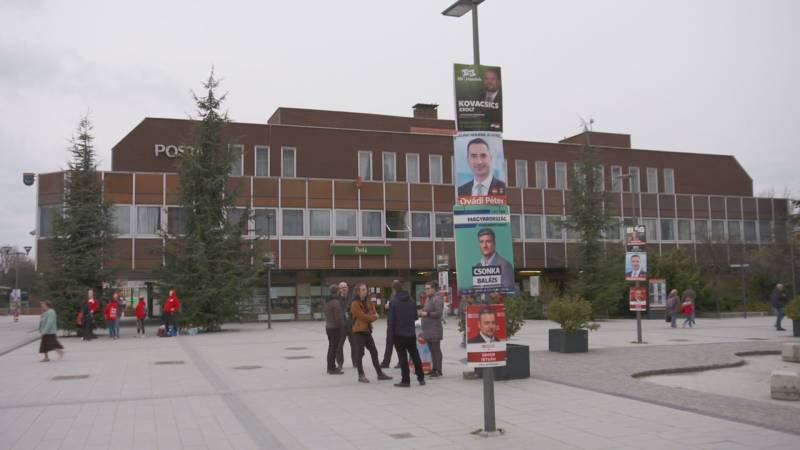 In the main square of Veszprém, a medium-sized town on Lake Balaton in Hungary, enthusiastic volunteers in blue vests push a flag into the hands of all passers-by. There is a lot of campaigning going on here ahead of the general elections next Sunday. Not by one party, but by six at once. “United Opposition,” read the flags. For the first time, almost all opposition parties in Hungary jointly formed a list of candidates.

From left to right, the ideals of the opposition parties differ widely politically. But one thing unites them: the hatred of Prime Minister Orbán, in power in Hungary since 2012. Corruption within the party is the biggest frustration: “Everything goes unpunished. The good people stay in the background and the people bad guys are right,” parliament candidate Balázs Csonka shouts into the microphone.

The opposition parties say they are delighted with this broad cooperation. Yet the occasional coalition was born primarily out of necessity. In 2020, the Hungarian parliament, where Orbán’s Fidesz party has the majority, determined that a party must have a candidate in at least 50 constituencies to stand in parliamentary elections.

“Fidesz has amended the electoral law in such a way that we must form a coalition before entering the government”, complains Klára Dobrev, MEP on behalf of the Democratic Coalition party. But now she is cautiously optimistic. “It took us a few years, but I think Fidesz really has reason to fear us now.”

But as great as the optimism was, in Orbán’s Hungary it became hard to counter. Opposition parties, for example, complain of receiving little attention in the media, 85% of which is under the control of Orbán and his allies. On the day opposition leader Péter Márki-Zay got his five minutes of airtime on state television, Orbán’s speech was aired several times without criticism.

Joint meetings in the squares are therefore not only logical in campaign times, but also necessary for the opposition. The many Hungarians who only follow state media have little contact with their program.