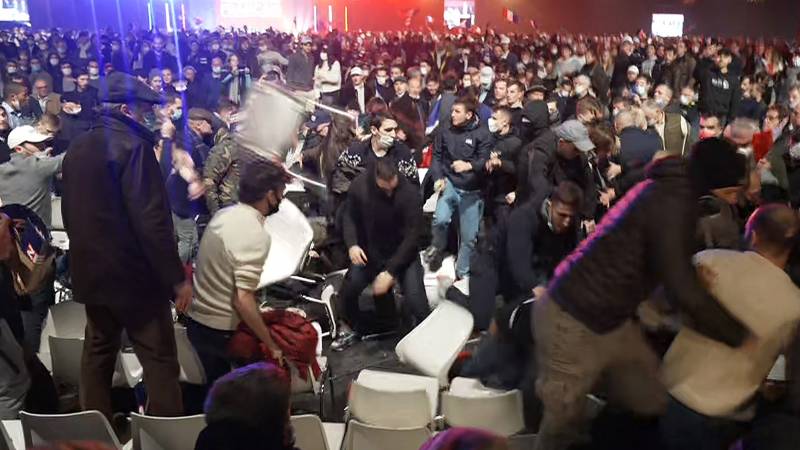 A film crew was also booed by Zemmour supporters during the meeting and escorted outside by security. About 12,000 people turned out for the election rally, according to the organization.

Upon his emergence, Zemmour himself was grabbed by someone in the audience. The man brutally threw both hands around the presidential candidate’s neck as he walked past. Security officers were able to quickly pick up Zemmour and remove the man. His motive for action is unknown.

The meeting had moved to the Parisian suburb of Villepinte because several thousand opponents gathered in the French capital where Zemmour initially wanted to hold his first campaign meeting. According to the police, some 2,000 people rose to demonstrate against Zemmour’s candidacy.

The police decided to move the electoral rally to Zemmour for security reasons. Fifty protesters were arrested for violating a restraining order. The demonstration was organized by a number of unions, left-wing parties and anti-racist militant groups.

They are angry with Zemmour’s fierce anti-immigration and anti-Islam statements: