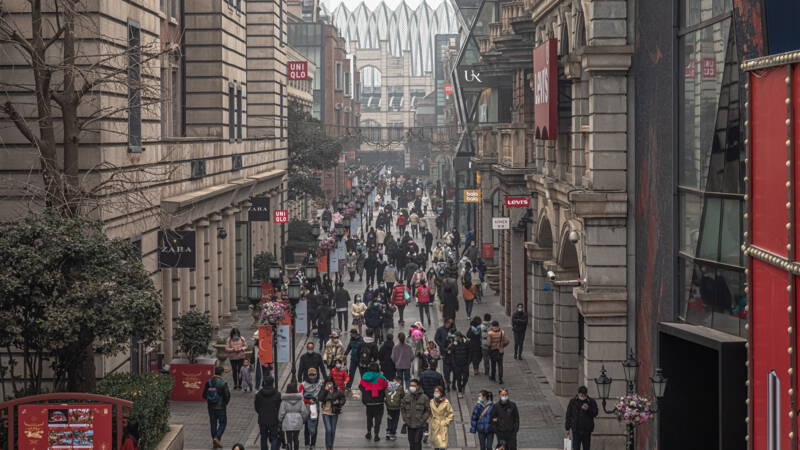 State media have been praising the crown’s successful approach to China for months, with consistently high contamination rates abroad as a grateful frame of reference. In the weeks following the lockdown, authorities quickly turned the tide with strict quarantines and massive testing. But concerned citizens especially stress the precious time lost in the initial phase.

Li Yong, an entrepreneur in Wuhan, is still outraged by the way the authorities have treated Dr Li Wenliang. In a WeChat group, the doctor warned his colleagues in late 2019 about a then-unknown lung virus, which resembled Sars. A reprimand from the authorities followed. Li is said to have spread “rumors” and thus endanger “social stability”.

The doctor himself died from the virus a few weeks later. “He did what anyone with a healthy conscience would do,” said Li Yong, who also volunteered at the time. “People here don’t have a basic right to tell the truth.” While most Wuhan residents still unsuspectingly walked the busy shopping streets at the end of 2019, he was already wearing a mouth mask. “We went through Sars and already assumed it could be a similar virus.”

Both before and after the talks, multiple sources came into contact with Chinese authorities, ranging from reprimand to continued harassment. Li also knows the risks of talking to foreign journalists. “But if nothing changes, it could happen again in the future.”