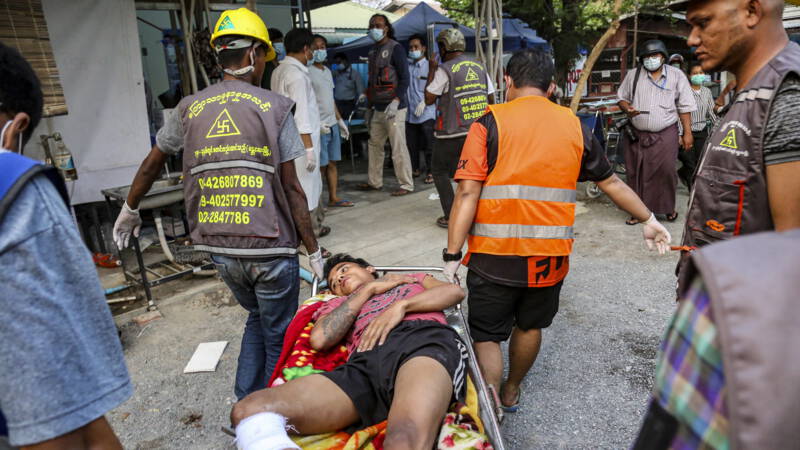 Today, 38 people have been killed in protests against the coup in Myanmar. It is one of the bloodiest days since protesters first took to the streets, state television reports. In the former capital of Yangon, at least 22 protesters were reportedly killed after police intervened.

A state of emergency has been declared in Hlaingthaya, an industrial suburb on the western outskirts of Yangon. Most of the victims fell there on Sunday morning. As long as the state of emergency applies, a designated military commander has power in the district.

Chinese factories were also looted and destroyed in the same suburb over the weekend. The Chinese Embassy in Myanmar said Chinese employees had to go into hiding and some were injured. The embassy has called on the country’s leaders to protect Chinese citizens and businesses.

On social media, countless images can be seen of protesters seriously injured or killed, who are blown away by others or taken to hospitals on scooters.

Some hospitals are in the hands of the police and avoided by the demonstrators. The army and police are also removing the bodies of dead protesters from the streets.