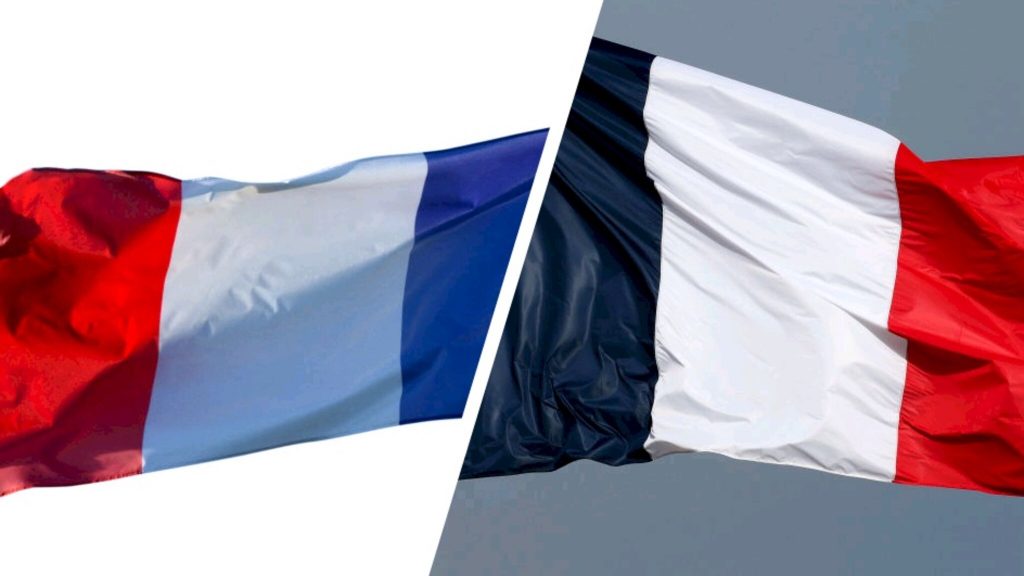 For more than a year, they can be admired around the French Elysee Palace of President Macron. But this week it fell to the chief of the political editorial staff of the French radio Europe1 Beware. The blue color of the flags is wrong.

In addition to red and white, the flag is now navy blue instead of the lighter blue. “Macron touched one of our national symbols without saying anything about it,” wrote Europe1. “No one has seen it yet, but it’s a very important detail.”

Macron made the change on July 13, 2020, prompted by Arnaud Jolens, the director of the Élysée, who had thought it was a good idea for some time. Macron opted for a flag reminiscent of France’s glory years, according to the Élysée against Euronews.

Emmanuel Macron is not the first French president to have changed the colors of the national flag. Valéry Giscard d’Estaing had already done this in 1976. Under his leadership, the original darker shade of blue was replaced by a lighter shade. In this way, the French flag corresponded better to that of the European Union, that was the reasoning.

Macron is now single-handedly reversing this change. According to Europe1, because the navy blue of the current flag is considered aesthetically more beautiful, but there would also be a political motif behind, with the tricolor as a symbol of strength and courage. The flag first appeared at the end of the 18th century, during the French Revolution.

In the years that followed, the tricolor was captured in several ways. Like the painter Eugène Delacroix in his world-famous work ‘Liberty leading the people’, or ‘Liberty leads the people’. The painting from 1830, like the flag of that time, is part of French pride.

Boost for the population

Macron’s Elysee was quick to say that the new flag is not a way to say goodbye to the “European blue”. According to spokespersons, there are no anti-European sentiments behind the color change, but it is a “boost” for the French population.