Italy won gold in the team pursuit at the Tokyo Olympics with a new world record. The quartet, led by Filippo Ganna, beat Denmark to the extreme. In the end, the difference was less than two tenths of a second.

Italy and Denmark had long been tied. As the three-kilometer mark approached, the Danish lead moved closer to second, but Ganna, Simone Consonni, Francesco Lamon and Jonathan Milan returned on the last lap. With a firm final sprint, Italy managed to stay ahead of Denmark.

The final time of 3.42.032 meant a new world record for the Italians. With an average speed of 64.8 kilometers per hour (after a standing start), the Italians conquered gold. Denmark, who after all the fuss and a crash in the previous round were cleared to make the final, finished with a time of 3.42.198 and won the silver medal.

The bronze went to Australia, which was able to face New Zealand, where Aaron Gate crashed due to a steering error. Canada beat Germany for fifth place; The GB team finished seventh ahead of Switzerland. 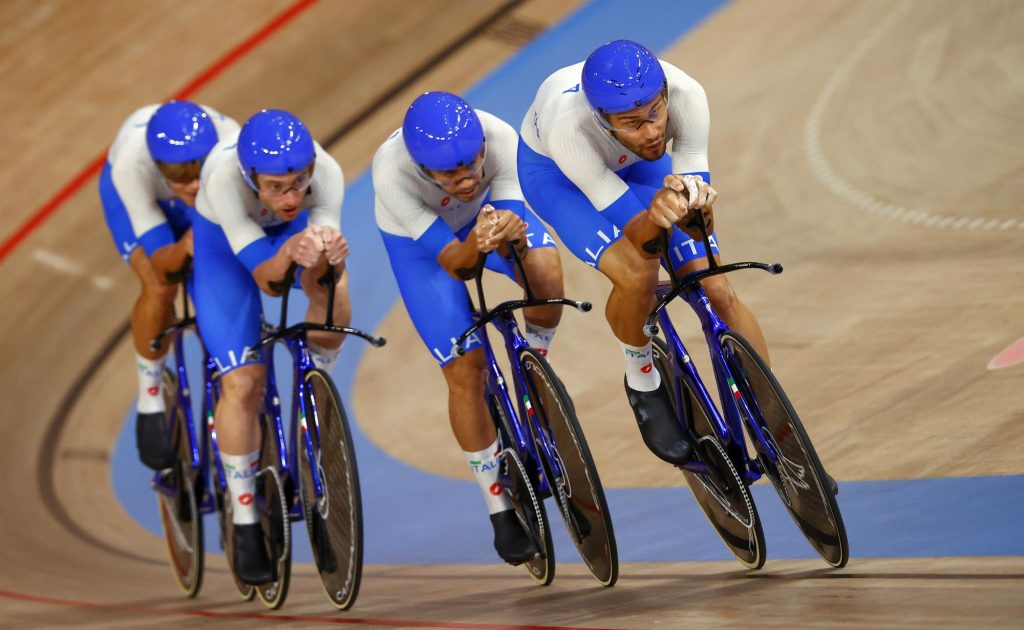