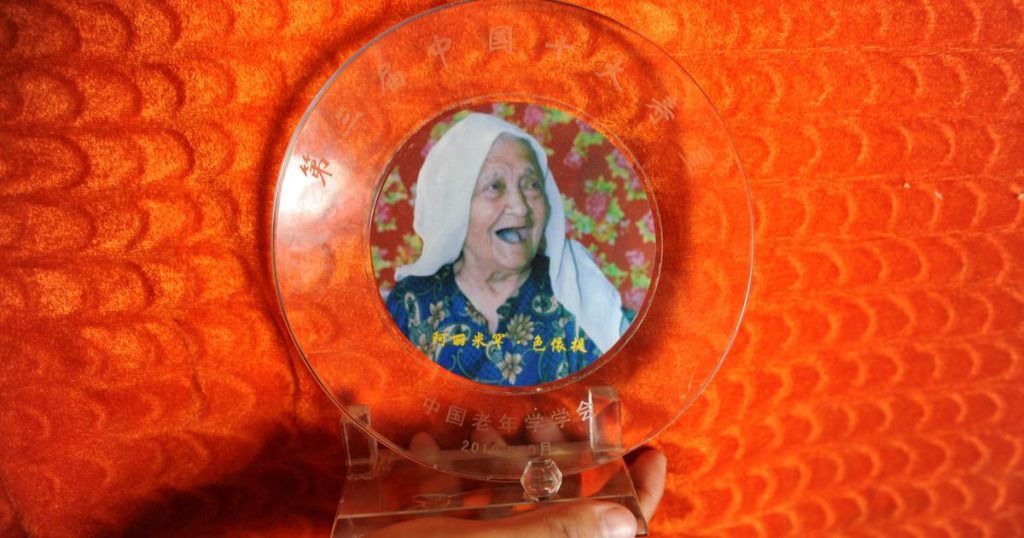 According to her birth certificate, Almihan Seyiti, a Uyghur woman, was born on June 25, 1886 in Komuxerik, a Chinese community near the border with Kyrgyzstan. In 2013, 127 years later, the Chinese Association of Gerontology and Geriatrics officially named her the oldest person in the country. Last Thursday, she died at home, surrounded by her family, authorities report.

Seyiti married in 1903 and with her husband – who died in 1976 – adopted a boy and a girl. The woman went through six generations of descendants and survived 43 grandchildren and great-grandchildren, among others.

Although she had official government issued ID, her true date of birth is still debated to this day. Many don’t believe in “evidence” because “pretty bad accounting practices” were in vogue in the late 1800s and early 1900s.

In contrast, the village of Komuxerik is known as “a place of longevity” as the small community is home to dozens of people aged 90 and over.

Because Guinness World Records researchers have not been able to independently verify his age, Seyiti will not officially hold the world record for “the oldest person of all time.” It is always in the name of Jeanne Calment, a Frenchwoman who would have died in 1997 at the age of 122 years. Would be, because the legitimacy of his age has also been questioned in recent years. According to the researchers, it’s possible that Calment took his mother’s ID card, which would reduce his actual age by 23.

At present, the Japanese Kane Tanaka is the oldest person on Earth. She was born in January 1903 and is said to have beaten cancer twice.