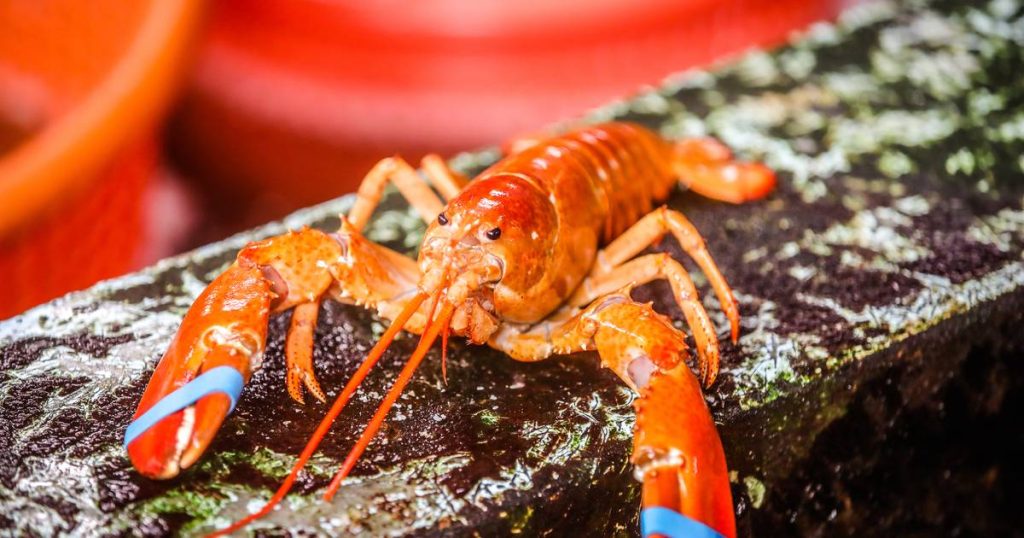 Cooking a live lobster will soon be banned in the UK. The UK government announced on Friday that it was updating the Animal Welfare Act. Octopuses, crabs and lobsters will now also be included. This happens after about 300 studies that show crustaceans and molluscs have feelings.

In some countries, including Switzerland and New Zealand, cooking live shellfish is already illegal. Now the UK government also announced on Friday that decapods, an order of crustaceans, cephalopods and a class of mollusks, were among the Animal welfare bill will fall. It concerns animals such as octopus, squid, crabs, lobsters to shrimps. Unlike other animals without a backbone, decapod crustaceans and cephalopods have a complex central nervous system. One of the most important characteristics of consciousness. “Octopuses and other cephalopods have been protected by science for years, but until now there was no protection outside of it,” said Jonathan Birch, professor at LSE who worked on the ‘study.

The discovery follows a dispute over animal welfare law, which recognizes all vertebrates as living things. The Conservative Foundation for Animal Welfare presented its own report to the government, arguing that crustaceans and molluscs also have feelings. The ministers followed up and asked the London School of Economics and Political Science conduct independent investigations. And guess what: the report, released this month, found “strong evidence” that these animals are susceptible.

No consequences for restaurants

In addition to not cooking live animals, the report also made specific recommendations, including: a ban on declawing crabs, a ban on the sale of live crabs and lobsters to “untrained and unqualified persons” and a ban on the above slaughter methods for which a viable alternative exists.

In the announcement, the UK government said the law is in place “to ensure that animal welfare is properly taken into account in future decision-making”. The law would not affect existing legislation or industrial practices such as fishing.

Food and cooking news, tips and inspiration can be found in the videos below: