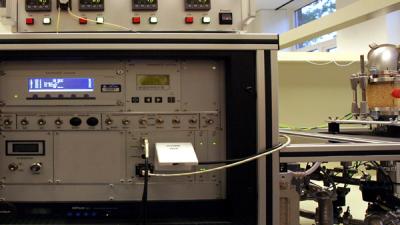 These “large NWO investments” are used to purchase high quality equipment, data collection and software. For example, NWO strengthens the scientific infrastructure that Dutch knowledge institutions make available to the Dutch research community. Scientists from all over the Netherlands often work together on projects where new facilities are being built, including with international partners, ”according to the NWO.

The seven awarded projects come from all scientific fields: the exact field, the alpha / gamma field and the medical field. One of the projects is, for example, the development of an electron microscope for the dynamic recording of biomaterials. These are new technologies, with which films can be made about exactly what is happening in the cells. This knowledge provides a better understanding of diseases such as cancer and Alzheimer’s disease. So far microscopes can only take pictures, but hopefully that will change with this new technique which is being developed at Radboudumc.

Laboratory of the University of Twente

The University of Twente will receive funding to further develop a laboratory where x-rays can be used to better examine batteries and other electronic devices. Energy conversion and storage are increasingly important in our society, but we still don’t know enough about the chemical and electronic processes that take place between the different materials that make up a battery. Here you will find an overview of all projects.

Marcel Levi, Chairman of the Board of Directors of NWO on the allocated investments: “The projects are all unique in their kind and allow new research with great added value for the company. Take the toxic substances lab that Leiden University can now further develop. For many substances, we do not know exactly what effects they have on humans and at what amounts disease can occur. With this laboratory, the effects of substances can be studied faster and better mapped.

The NWO received thirty applications for the NWO’s large-scale investment program. Nominations were assessed by an independent advisory committee made up of scientists from various disciplines. The committee assessed the proposals on the basis of various criteria, such as scientific quality and social impact, and made a virtual visit to various consortia to get an explanation of the nomination. Seven projects received a grant. The NWO contribution granted varies from around 1.5 to 4.8 million euros. The next round of NWO Large investments opens this summer. Interested parties can submit a proposal until the end of this year.