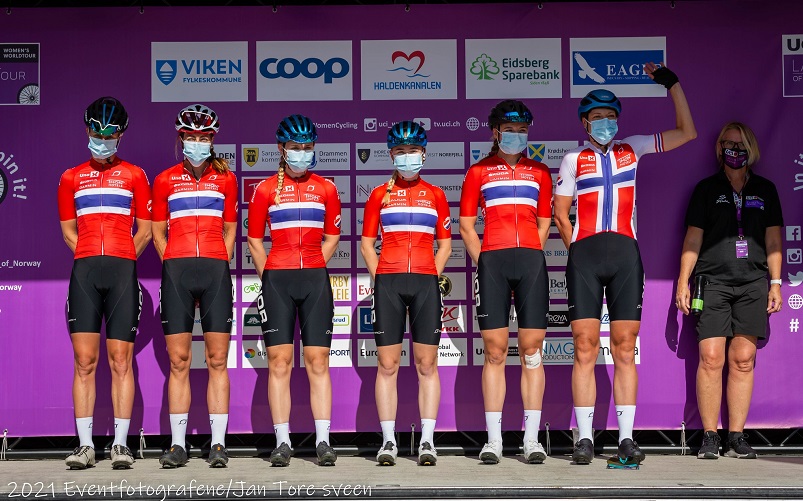 As in previous years, this weekend was a highly professional women’s world tour hosted by Roy Moberg & Co. This year’s New Saturday was a Drumman stopover in Norfolk, parting the wheat from the slopes to the end of the cliff . With an additional staff of over 1,100 organizing employees, marshals and a television crew, a beautiful instrument is being developed to organize such a stage race. Ensure adequate protection vis-à-vis the organizers. covids situation, but it all happened on the tracks anyway. Congratulations on making the Norwegian Women’s Tour so special!

Annemic von Wutton and Movistar from the Netherlands were the big winners. She also won the 3rd most difficult stage of Tramen at Norfel. American Kirsten Faulkner won the first stage from Halton to Surfsborg and our own Suzanne Anderson from the DSM team was close second. In the second round, from Askim to Mysen, Regene defeated Marcus from Jumbo-Wisma Netherlands. Here Stein Borgley is the best Norwegian with a 9th place for FDJ. Happy Chloe Hasking of Australia / Trek-Sekafredo won the final Troop match in Halton. The dear Norwegian Emily Moberk finished 10th in the 4th round.

There were a total of 15 Norwegian women on the women’s circuit this year. In addition to Susanne and FTJ Stein from the DSM team, Emily Moberk and Ellis Marie Olsen were also part of the Drops team. 5 out of 6 women in Team Coupe-Hi-Tech products are Norwegians. Ingwild Goskgen, Amali Lutro, Ann Helen Olson, Marie Holmore and Anne Torte Yasland attended.

The women’s team consisted of the Norwegian national team, which included “old” trotters and relatively new cyclists in the national team environment.

LToN was strongly motivated by the national team. Young girls Tiril Jørgensen and Magdalene Lind made their world debut with offensive and fearless cycling. We are mentioned in the intermission with Drill and Vita Hein on two stages, while Ingrid Lorwick shows her strength to Norfel. Mi Ottestad continued to excel until the end, finishing 15th on the last lap.

During the stage race, the National Junior Girls Team got together and had an exciting day as they ran the Norsend bar at Norfel Sky & Spa 60 minutes before the pitch in Stage 3. There had a lot of visitors and a great atmosphere when the girls reached the finish.

Photo above: National team at LToN.