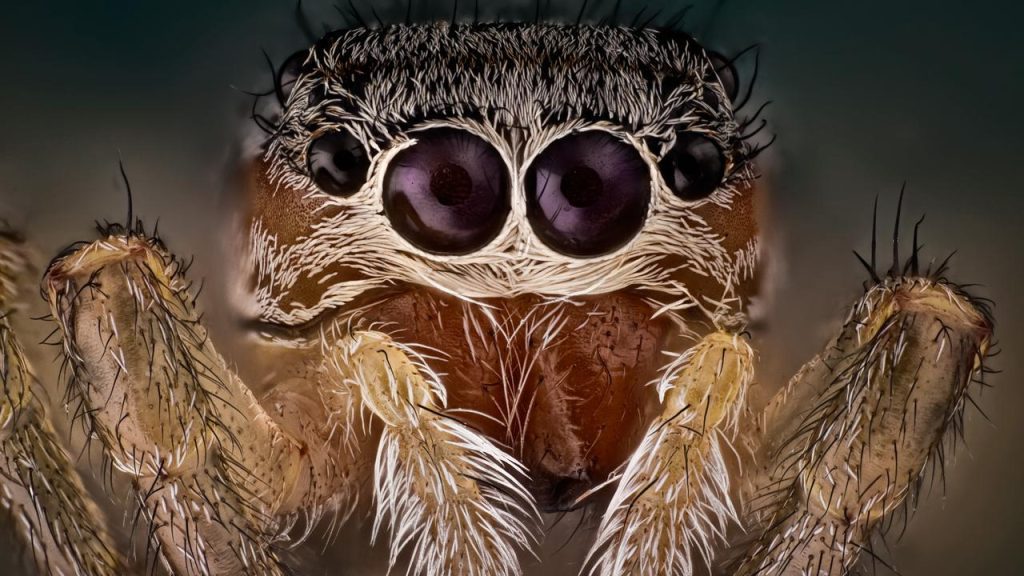 Do spiders fall asleep? That’s what researcher Daniela Roessler, an evolutionary biologist at the University of Konstanz in Germany, and her colleagues wondered. While filming baby jumping spiders at night, they found their eyes blinking and shaking. According to the researchers, this behavior resembles REM sleep.

REM sleep is synonymous with rapid eye movements. This is a phase of sleep during which certain parts of the brain are active and the eyes move rapidly. People usually dream during REM sleep.

Other animals, such as some birds and mammals, also experience REM sleep. But little was known about the sleeping behavior of jumping spiders, according to Roessler.

It all started when Roessler collected jumping spiders to study. Jumping spiders are common spiders with a hairy body and four large eyes. Roessler saw the spiders clinging to a cobweb at night. “It was the most unusual thing I had ever seen,” Roessler said.

The study showed that the nocturnal movements of jumping spiders were very similar to REM sleep in other animal species. For example, dogs and cats also experience muscle twitches while they sleep. The spiders’ movements followed a regular pattern similar to the stages of human sleep.

The results of the study were published in the scientific journal Proceedings of the National Academy of Sciences.

Many animal species that look like spiders do not have wiggly eyes. This makes it difficult to compare sleep stages, says co-author Paul Shamble, an evolutionary biologist at Harvard University.

But the eyes of jumping spiders are very well developed. They move their retinas to move their field of vision while hunting. This has allowed researchers to better study the sleeping stages of spiders. “Sometimes you get really, really lucky as a biologist,” Shamble said.

Researchers have yet to determine whether spiders actually sleep when in this resting state, Roessler said. They will do this, for example, by testing whether spiders react differently to stimuli than when awake.