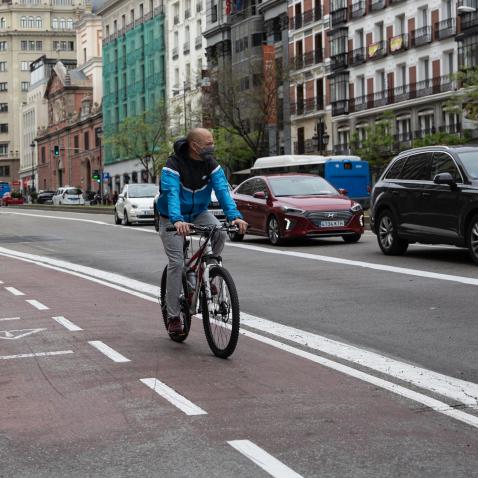 In the economic stimulus plan presented this week by Prime Minister Sánchez, electric driving plays a key role. It is certainly an improvement for the environment, but there are also other ways to make mobility more sustainable. For example, the French government included in its stimulus plan that old cars are not exchanged for electric cars, but for an electric bicycle. With this, the country wants to put an end to a deeply rooted “ car culture ” for good.

No eye for active mobility

Apparently it’s different for Spain. Although the government has announced its intention to boost the use of cycling and public transport, no concrete plan has yet been developed. It therefore seems that the 13.2 billion euros devoted to sustainable mobility will be devoted to subsidies for electric cars and new charging stations. “Sustainable mobility does not mean replacing traditional cars with electric cars. Active mobility and public transport in particular should be encouraged, ”says David Lois, Senior Lecturer in Social Psychology at the Spanish Distance Learning University UNED.

Nevertheless, the Institute for Diversification and Energy Savings, which is part of the Ministry of Ecological Transition, believes that there are indeed programs that stimulate the use of cycling in Spanish cities. The transport ministry also says work will be done on separate bus lanes, modernization of buses and other measures to boost the use of public transport. So far, however, not a word has been said about concrete investments in these plans.

The same goes for the transport ministry, which indicates that it is in favor of the use of the bicycle, but has not yet made a commitment to promote it. However, the ministry has asked Spanish municipalities to show their interest in cycling promotion projects for which a budget of 446 million euros has been made available. But as long as these plans are not concrete, we can say that the government money will go only to electric mobility.

Xavier Querol, environmental expert from the Spanish Scientific Research Council CSIC, points out that electric cars will not solve the environmental problem. Instead of private subsidies for electric driving, he prefers these to be awarded to commercial companies for their taxis and vans. “A family uses the car an average of an hour and a half a day, the rest of the time the car is stationary. Taxis and cars used for commercial distribution run for up to ten hours a day, ”explains Querol. He also says he is in favor of investing in public transport, which he believes can be free for all employees.

According to Lois, just 2 percent of cars sold are now electric. This is why he wonders how realistic it is to tackle the climate problem at this point. He points out that 30 percent of all car trips in Spain are less than two kilometers and even 50 percent of trips are less than five kilometers. An electric car therefore does not solve the environmental problem, nor the problem of traffic accidents, nor the problem of obesity. In addition, subsidies for electric cars go to the highest income households. According to Lois, it is therefore much more relevant to invest in electric buses and not in cars.

Fiets is still waiting for a decisive government

Almost a year ago, the Spanish government announced the so-called National Cycling Strategy, but it has yet to be fully implemented. According to the Ministry of Transport, this will happen “in the coming months”. In this way, the bicycle, the most sustainable means of transport available, will remain awaiting a political intention which will actually materialize.