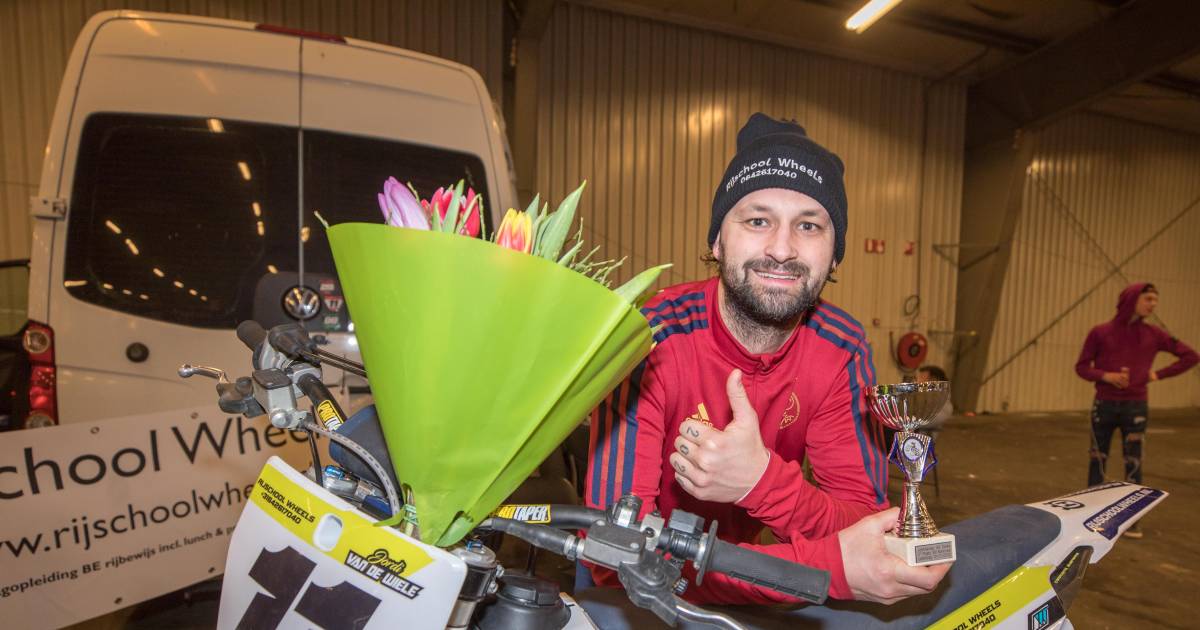 Jordi van de Wiele was the local hero at the 29th Supercross in Goes. After the honor of the MX1 Nationals, where the Hulstenaar finished third, he took his moment in the middle of the track. He bared his torso and showed his many tattoos to the 3,000 spectators. He also grabbed the mic and said, ,, I’m so happy. I would like to offer a beer to everyone, but unfortunately it is not possible…”

The euphoria of the Zeeuws-Vlaming came from the fact that the indoor competition in the Zeelandhallen had finally ended well. Van de Wiele had already participated five or six times before and each time he ended up in hospital, he said later. “I really broke everything you can think of. Back, hip, lots of other bones…Sometimes I would fall here during the training week and couldn’t even participate on the weekends. When I was in bed last night, I also noticed: hey, I can sleep at home for the first time during a Supercross. But soon I thought: ‘Let’s not celebrate too early, I have one more day …’ But luckily everything went well today too.

(the text continues under the photo)

In the past, Van de Wiele dated with Inters, the top class. He retired six years ago. He took care of Rijschool Wheels, which he owns, and later became a father to a daughter. “Six months ago it started to itch again,” he explained. ,,I bought everything again and started training again. But the home front was not happy if I drove here again with Inters. Maybe I could have done it, but did you see how strong there was a field this year? So it was better to participate in the Nationals.

The Zeeuws-Vlaming is doing well. There were few issues with his lap times, but he noticed he was getting more and more tired during the motos. Van de Wiele: ,,Because I had not raced for six years, I know that conditionally I am still short. I had already seen that during training at Axel, but an indoor competition is even more difficult. After three rounds, I was still broke. And then I had a few more…”

Indoors and outdoors, it’s a world of difference. Van de Wiele has confirmed this once again. Where you can still fix mistakes relatively easily out in the open, it’s nearly impossible in a room. “If you lose focus for a second or even half a second, it can have major consequences. And when you are tired, your concentration decreases. In the Superfinal, where the best MX1s and MX2s were still riding, I couldn’t take it anymore at the end. My start was still good, but after that the best was gone and I finished sixth. I’ll have to settle for that. And with the fact that I remained whole.

Van de Wiele now continues to cross, but does not yet know how. He would prefer to race at a high level, even if he doesn’t know where to take the time. “I think I’ll keep looking for the fun matches.” The Goes Supercross will certainly be one of them.