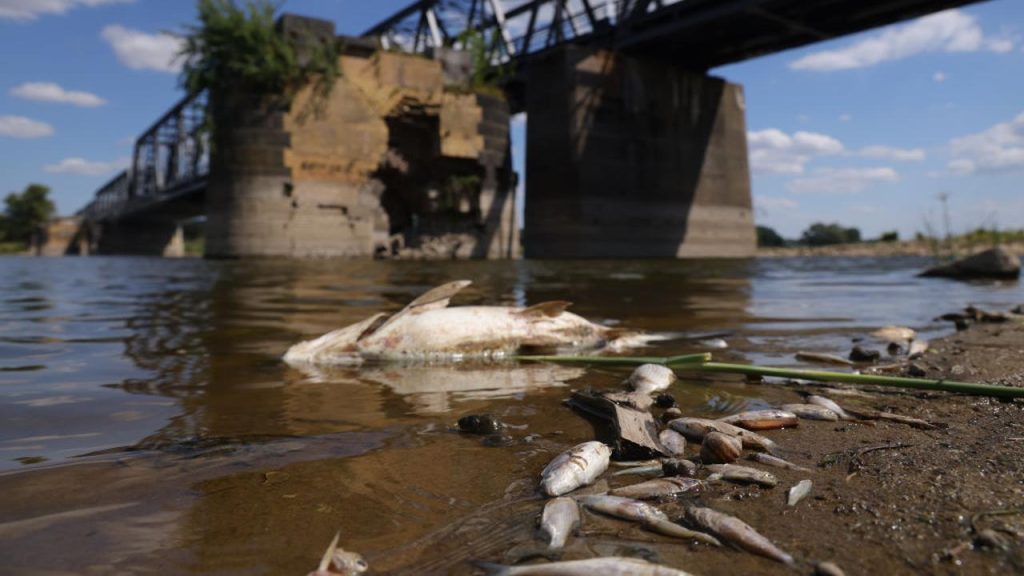 Germany and Poland still do not know the cause of the massive fish kill in the Oder which was discovered last week. German Environment Minister Steffi Lemke spoke on Sunday of an “ecological disaster” in the presence of her Polish counterpart Anna Moskwa.

The Oder flows into Poland and Germany. Tens of thousands of dead fish were found last week. People are not advised to swim in the river or touch the water. Local authorities in Germany quickly spoke of poisoning. Polish Prime Minister Mateusz Morawiecki also said it was likely that chemical waste had been dumped.

The search has yet to yield any evidence of hazardous substances, Lemke said on Sunday. “To date, we have taken 150 water samples, but the tests have revealed nothing. No substances such as mercury or other heavy metals were found in the fish themselves.

According to the German minister, water samples have also been sent to foreign laboratories, where they will be tested for the presence of 300 different substances.

Lemke repeated the complaint of the Ministry of the Environment of the German federal state of Brandenburg that Germany had not been informed in time by Poland. According to the minister, communication between the two countries must be improved.