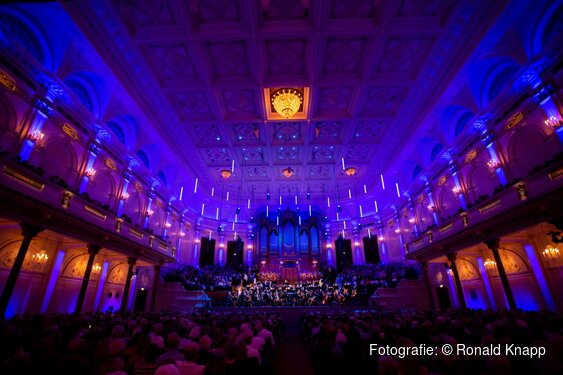 AMSTERDAM – With a tribute to Simon & Garfunkel, Nick & Simon will open the VriendenLoterij ZomerConcerten with the Metropole Orchestra on July 1. The Royal Concertgebouw thus marks the beginning of a musical summer as usual. With more than 2,500 musicians from all over the world, from soloists to symphony orchestras, from jazz trios to singer-songwriters, and from very diverse musical backgrounds. Established names such as Katia and Marielle Labèque, Isabelle Faust, Ilse DeLange, Liza Ferschtman, Iris Hond, Isabelle van Keulen, Fuse, Trijntje Oosterhuis and the Royal Concertgebouw Orchestra. And even more than ever, young talents are also performing on the stages of Het Concertgebouw in July and August. New are the Basement Sessions, where up-and-coming pop, soul and jazz musicians give intimate concerts on Friday evenings in the Koorzaal in the basement of the Concertgebouw. Ticket sales begin today at 10:00 a.m. via summerconcert.nl†

Nick & Simon in the footsteps of Simon & Garfunkel

With the opening concert on July 1, Nick & Simon are once again following in the footsteps of their great examples Simon & Garfunkel. This legendary duo of American singers performed on May 2, 1970 at the Concertgebouw during one of the famous night concerts.

In order to make the concert accessible to the greatest number of enthusiasts, it is also offered live.

2,500 musicians, 75 concerts, 27 orchestras and countless ensembles in Amsterdam for the music festival

After two editions with restrictions, the VriendenLoterij ZomerConcerten will return in the summer of 2022 for a big edition. The Concertgebouw welcomes more than 2,500 musicians for the 75 concerts in total. Symphony orchestras come to Amsterdam from the Netherlands, Belgium, Germany, France, Austria, UK, USA and even South America. This also includes eight youth orchestras such as the European Union Youth Orchestra, the United States National Youth Orchestra and the Filármonica Joven de Colombia. In addition to popular works such as Vivaldi’s Four Seasons and Dvorák’s New World Symphony, seven film music concerts are also on the program this year.

The Concertgebouw Jazz Orchestra and singer Sabrina Starke will pay tribute to Nina Simone. There is also a selection of young talents. Think of soprano Laetitia Gerards, singer Nai Barghouti, Chineke! Junior Orchestra, the Gustav Mahler Jugendorchester, violinists Randall Goosby and Noa Wildschut, cellists Victor Julien-Laferrière and Abel Selaocoe, and pianist Alexandre Kantorow. There’s plenty of movie soundtracks to listen to, too, like Star Wars Return of the Jedi (with the movie on the big screen), A Tribute to John Williams, and superhero movie soundtracks.

The Royal Concertgebouw has been celebrating summer with music for over thirty years. The summer concert series in July and August has become one of the most visited festivals in our country. The VriendenLoterij (formerly BankGiro Loterij) has been a partner of the summer concerts since 2019. The partnership fits perfectly into the philosophy of the VriendenLoterij and the Het Concertgebouw to allow a wider audience to discover the beauty of live music through accessible concerts in an informal atmosphere. FriendsLottery participants get a 50% discount on all summer concerts, which they can also purchase first.