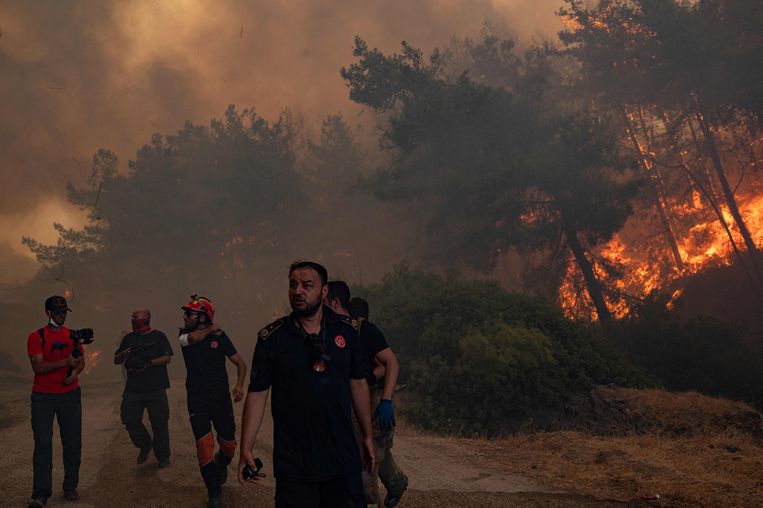 For three years, 234 scientists from 66 countries worked on the new IPCC report. This will provide a clearer picture of the current situation with regard to global warming – and the problems that may result from it.

Monday morning at ten o’clock sharp, it is the official presentation (online) from Geneva of what is called the gold standard of climate science. To this end, scientists have read and summarized together about fourteen thousand studies. Of course, much is already known about climate, in part thanks to the same IPCC, in which scientists have worked together since 1988. The IPCC is by far the most important source of climate knowledge for government leaders. But this knowledge is specialized and growing rapidly, so any updates are welcome, and the UN climate summit is in Glasgow in three months.

After all, anyone can see how climatic excesses increasingly determine life on Earth, see scorching forest fires, record high temperatures in the western United States and Canada, and on the tundras, the enormous floods in China or, closer to home, the recent flooding in Germany, Belgium and the Netherlands.

This report will examine, among other things, the evolution of all kinds of already known climate problems. What is particularly striking is what science has to say about the “tipping points” of the climate in 2021. The points of irreversibility, where the system goes haywire, accelerates global warming and makes taming impossible and maintaining the temperature rise under the agreements of the United Nations Paris Climate Agreement (2015) – a bandwidth of 1.5 to 2 degrees Celsius. This relates to melting ice caps and sea level rise, but also the changing currents of the gulf in the sea, the deplorable state of the rainforest and the huge emissions of methane, an aggressive greenhouse gas. . This is released when swamps and peatlands dry up or when permafrost melts. The livestock sector (dairy) also produces a lot of methane.

Accessible to a large audience

More specifically than ever, the IPCC will define the relationship between greenhouse gases and global warming, reviewing various scenarios, to reaffirm that CO2emissions really need to go down.

What is also new is the way in which the IPCC tries to make the latest information more accessible to the general public: with an interactive atlas of climate change, available from Monday on the United Nations Climate Panel website. Bart van den Hurk has been closely associated with its development. He is co-author of the IPPC and climatologist of the Deltares Knowledge Institute.

The atlas provides climatic information, for example on heat waves, drought days or heavy rainfall, for complete regions such as Western Europe, but also Asia and Central America. An example of scientific progress, says Van Den Hurk. “In the past, we could only sketch global lines of climate change on maps. Everyone can now consult the atlas themselves, citizens, but also administrators and decision-makers.

No, underlines Van den Hurk, the IPCC report is not too cheerful. “But a message for me is also: there is something to choose from.” For example, on what to do with methane and the pace of the shift from fossil fuels to sustainable energy.

Aimée Slangen, a researcher at Nioz, the marine research institute, also thinks that there is indeed something to choose from. She was the lead author of the chapter on the effects of climate change on seas and oceans. “We know that sea level rise is unstoppable. But the pace at which it unfolds can still be controlled. Everything rises or falls, she points out, when the CO is off2-crane. “And we have it in our hands.”

Scientists think heat waves like Canada’s are just a taste

Fears of irreversible climate shocks are increasing, according to a report leaked by the IPCC’s climate panel. Heat waves like in Canada are just the beginning.