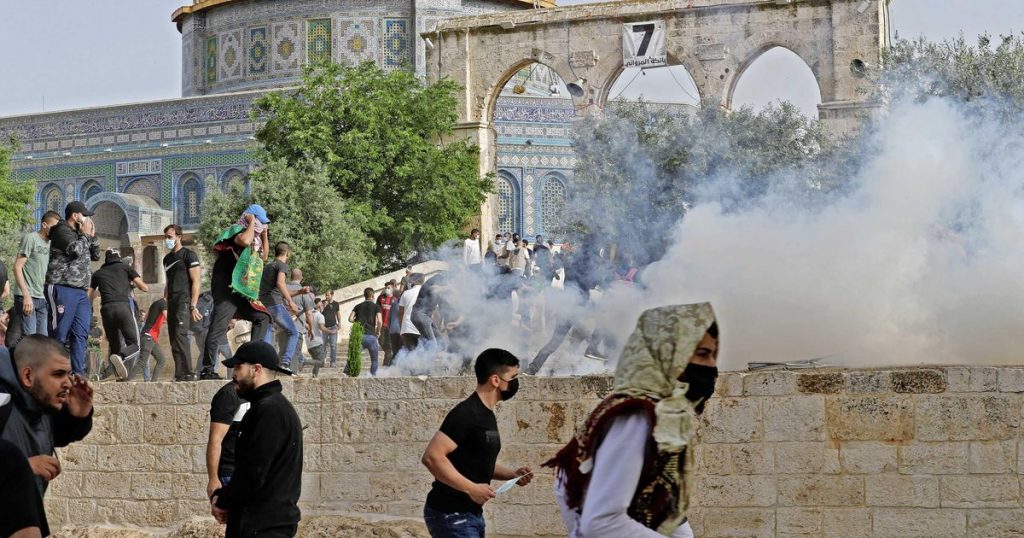 The humanitarian organization of the Red Crescent speaks of 275 wounded who, in some cases, are in poor condition. About 205 people had to be transferred to hospitals. Police say 12 policemen were also injured.

Police also had to intervene in another incident in the capital. A motorist ran into a Palestinian after his car was pelted with stones. Then the crowd turned on the driver, who police said had lost control. A cop fired in the air to disperse the angry Palestinians.

It has been restless in the Israeli capital for days. This is in part due to the plan to deport Palestinian families to East Jerusalem. They must give way to the Jewish settlers. The Supreme Court has not yet ruled on this matter.

Israel also celebrates Jerusalem Day on Monday, an annual public holiday that commemorates the capture of East Jerusalem in 1967. Authorities had already ruled that Jewish groups should not be allowed to travel to the vicinity of al-Aqsa Mosque for prevent further troubles.