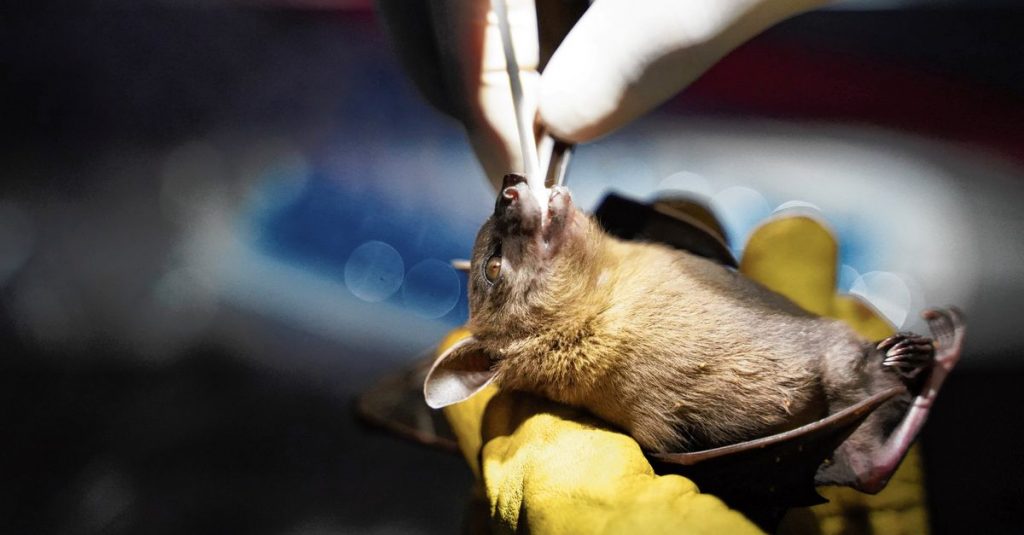 American and Chinese researchers were planning to study whether they could fight SARS-like coronaviruses through bats in the wild in an effort to prevent an epidemic in humans. This emerges from a research proposal from March 2018 that surfaced last week thanks to the work of the militant group DRASTIC. This group of partly anonymous activists has been trying for some time to gather clues as to the origin of the pandemic.

The research proposal is for a grant application of $ 14.2 million that has been submitted to the research arm of the US Department of Defense DARPA.

Disclosure of research plans does not provide a new answer to whether the origin of SARS-CoV-2 escaped the lab or jumped out of the wild – all scenarios are still open. The leaked research proposal has caused further unrest.

DARPA said in a comment facing the American online magazine Interception that he cannot confirm the authenticity of the document. Lead author of the research project, Peter Daszak of EcoHealth Alliance, also declined to answer questions from The Intercept. However, there is nothing to indicate that the request is a fake. The ID number on it corresponds to an existing DARPA grant program, and the descriptions of the research plans are so detailed that they are unlikely to have been fabricated.

Dismissed or not, now that it turns out it was a serious plan, it’s weird it wasn’t mentioned earlier

In a public debate of scientists organized by the journal Science Singaporean virologist Linfa Wang implicitly confirmed on Thursday that the proposal was genuine. Wang was one of the co-applicants for the grant and was familiar with its contents, but said he had not said anything about it before “because he is not aware of the DARPA rules” on confidentiality.

Also read Rosanne Hertzberger’s column: Did the virus escape from a laboratory? No. But stay


The content of the plans is striking from the point of view of the current situation, in which a coronavirus has already killed more than 4.5 million people worldwide. The aim was to conduct a field trial in three caves in China’s Yunnan province in which wild bats would be immune to coronaviruses using a vaccine spray. The project was called DEFUSE, as a symbolic name to fire the detonator of a future pandemic.

Preliminary work on the bat vaccine would be done in Ralph Baric’s lab at the University of North Carolina. Eventually, it would also be tested on horseshoe bats captured from the wild, in a laboratory at the Wuhan Institute of Virology. The Chinese side has always denied that the Wuhan lab works with live bats, but apparently the plans were there.

The study would also genetically modify coronaviruses to find out what genetic traits would make them dangerous to humans. These types of tests are called “gain-of-function” experiments, in which artificial interventions make natural viruses more dangerous. But according to grant applicants, their experiences did not fit this definition. Nonetheless, DARPA rejected the proposal, perhaps for this reason.

But, dismissed or not, now that it turns out that this was a serious plan, it’s odd that it wasn’t mentioned earlier. Lead applicant Peter Daszak was actually part of the ten-member WHO mission that traveled to Wuhan in early 2021 to investigate the origin of the pandemic. These research plans are not mentioned in the final WHO report. Even if the investigation did not take place at all, it remains relevant to know whether any preparatory work has already been carried out. Instead, Daszak was an initiator a call from scientists in The Lancet in March 2020 in which they “strongly condemn conspiracy theories which suggest that Covid-19 is not of natural origin”.

A version of this article also appeared in NRC on the morning of October 1, 2021