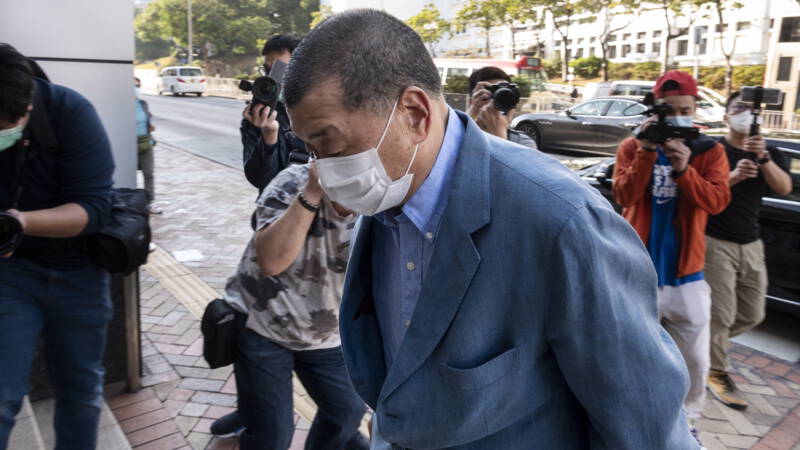 Hong Kong media mogul Jimmy Lai has been convicted again for organizing pro-democracy protests. The 73-year-old entrepreneur was sentenced to 14 months in prison for his involvement in the massive protests of October 1, 2019.

The sentence is in addition to the conviction handed down last month. Lai was then sentenced to one year in prison for staging another protest in 2019. He had been in detention for months.

Lai is the founder of the newspaper and publisher Apple Daily. He is a leading critic of the Chinese government’s growing influence over Hong Kong and has protested regularly in recent years. He has been arrested several times, along with other pro-democracy leaders.

Several hundred thousand residents of the former British Crown Colony have taken to the streets in recent years to protest Beijing’s growing influence.

The anger focused mainly on a law that allowed the extradition of suspects to China. This law was introduced a year ago and since then critics have barely dared to make their voices heard.

Meanwhile, China is increasingly taking control of Hong Kong. Yesterday, the Hong Kong parliament passed a new law that radically changes the electoral system. The Chinese parliament had already given its approval.

Hundreds of pro-Chinese members are added to the electoral college, which elects Hong Kong’s top leader. The seats of local pro-democracy administrators will be abolished. There will also be a committee to judge candidates for future elections. In practice, this probably means that people who China believes are not “patriotic” enough may be barred from running as candidates.