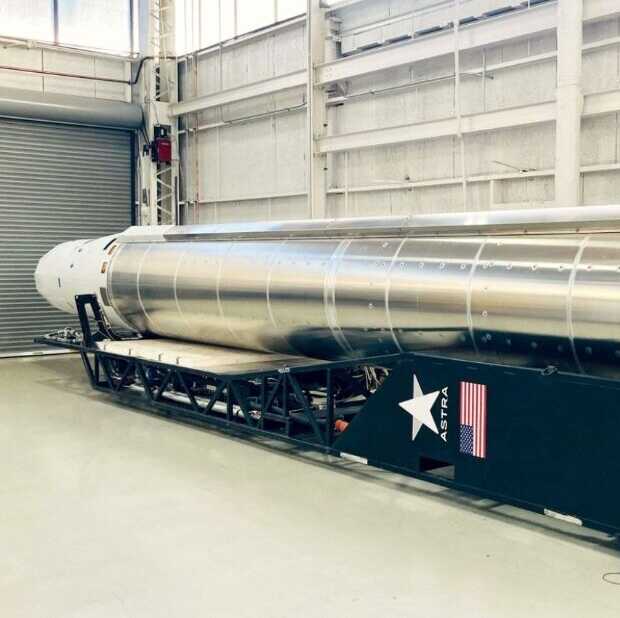 As space becomes an increasingly commercial affair, more and more space companies are emerging alongside SpaceX, Blue Origin and Virgin Galactic. One of them is Astra, an American space company that was in orbit successfully for the first time the day before yesterday.

Astra is run by Chris Kemp and Adam London, but in total around 100 people work there. It’s even publicly traded, although it was launched just five years ago in 2016. At first it was called Stealth Space Company, but now we only know it as Astra Space. The company has long been able to count on the support of other large companies, such as its investors BlackRock, ACME, Airbus, Salesforce and even former Disney CEO Michael Eisner.

Initially, Astra was a company called Ventions that researched space. He spent ten years working with NASA on space technology before deciding to pursue his own space ambitions. Successful, because he has now successfully made an orbit trip around the earth for the first time. Not without a fight: He made two test flights from the Pacific Spaceport complex in Alaska in 2018, but both were unsuccessful. At least that’s what the Federal Aviation Administration decided. Astra thought they both pulled it off, although one was a bit shorter than expected.

In 2019, Astra created Rocket 3.0, a launcher that is expected to be a huge success for the company. Unfortunately, he did not pass the DARPA Launch Challenge, a competition that involved launching two small satellite payloads into space. Astra tried, but still had to give up due to incorrect sensor data. As a result, the $ 12 million DARPA Launch Challenge prize was never claimed, as two other companies dropped out. However, all had not been in vain, because finally Astra again used its first rocket for the DARPA Launch Challenge. Unfortunately, there was a fire on the launch pad, which destroyed the rocket.

On September 11, 2020, Astra made another attempt to enter space, but the 3.1 rocket tumbled and returned to Earth, causing a major explosion. Four days later, Rocket 3.2 was deployed, but it simply failed to hit Earth orbit. Unfortunately, Rocket 33 had the exact same issue on August 28, 2021, albeit due to a misplaced launch from the platform. It ends up crashing into the ocean.

So despite its large investor base and numerous launch opportunities, Astra has had little luck. So far: On November 20, Rocket 3.3 successfully orbited Earth. This makes it one of the few companies to achieve this and which offers good hopes for Astra’s future.