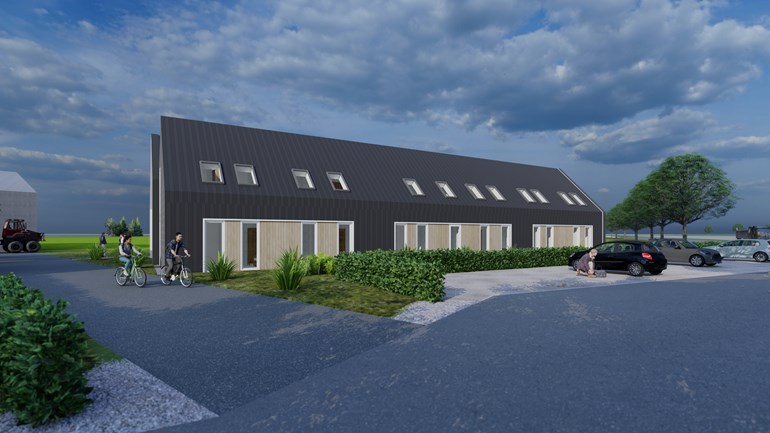 It is a building with a total area of ​​approximately 450 square meters. There is room for fourteen apartments: seven for four people, two for five people and five apartments for two people. The intention is to start construction next year, new housing could be ready in early 2023.

Father Johan and his son Dennis Boonman also have an arable farm in the same place. The accompanying house has been rented for several years to accommodate migrant workers. In the new homes, they believe they will mostly accommodate technical staff, such as construction workers, welders and electricians, said Dennis Boonman:

Dennis Boonman talks about their housing plans for migrant workers

Alderman Kees Weststrate of the municipality of Borsele emphasizes that the project (which was drawn up in consultation with the village architect) had to fit perfectly into the landscape: “We take care of the stone in the countryside. consider renovating an existing hangar or hangar. But this also sometimes gives rise to practical objections. So this is a great solution which also looks fantastic. “

Previously, there was a housing project for 48 migrant workers at the Amac site in ‘s-Heerenhoek. The residents opposed it and at the beginning of July the company which would take care of the housing withdrew. According to Weststrate, this new housing to be built on the outskirts of Heinkenszand has nothing to do with it. “The initiators are using the existing policy. I don’t see it as a policy that won’t go forward and that’s the compensation for that.”

This is a message from regional radio De Bevelanden.