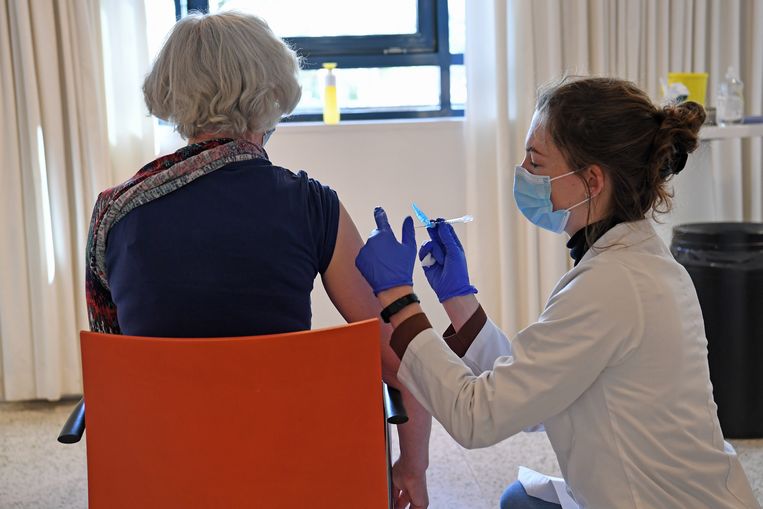 On April 26, outgoing minister Hugo de Jonge requested a new age recommendation for the vaccine. Due to very rare but serious side effects, the Health Council previously indicated that the AstraZeneca vaccine should only be given to people over 60 years of age. People under the age of 60 now receive the vaccine from Pfizer or Moderna in the GGD vaccination lines.

For the new opinion requested, the Health Council still wishes to await the result of a number of inquiries. “The committee is hard at work, but it’s just not ready yet,” said a spokesperson for the Health Council. The fact that the vaccination campaign is now underway plays no role in the pace of this process, according to the spokesperson. “We are a scientific institute. When we’re done, we’ll be done.

In the meantime, the RIVM invites people in their fifties to get vaccinated more quickly. From Monday evening, people born in 1965 (55 or 56 years old) can also make an appointment. Almost every other day a year is added to the year of birth.

“The minister awaits the opinion of the Health Council, then decides as quickly as possible on a possible new age limit for the AstraZeneca vaccine”, declared the spokesperson for outgoing Minister De Jonge. She doesn’t want to expect that it might be too late to decide to use this vaccine for immunizing people in their 50s as well.

Increased risk of rare side effects

It is expected that all people in their 50s will be invited to make a vaccination appointment before the end of the month. It is now a little faster, as fewer people with a medical indication are taking to the streets of the GGD than expected. Of the 1.5 million invited people eligible for a flu shot, less than half made an appointment for a shot.

The AstraZeneca vaccine fell sharply in popularity when a rare but serious side effect emerged: thrombosis associated with a low platelet count. In the Netherlands, fifteen people have been affected to date, twelve women and three men between 23 and 66 years old, reports the Lareb side effects center.

As the youngest are mainly affected, outgoing Minister De Jonge decided on April 8, after advice from the Health Council, that only people over 60 years of age could be vaccinated with AstraZeneca. But a new risk analysis by the European Medicines Agency EMA shows, according to the minister, that the tipping point for the increased risk of these side effects could be less than 60 years. In these EMA charts, the risk of this appears only slightly greater in the 50-59 age group than in the 60-69 age group.

It would be appropriate for the outgoing minister to extend the age limit for the AstraZeneca vaccine. While the Health Council advises not to use this vaccine for 60 years, some of its future deliveries will no longer be usable. Almost everyone over 60 has now been asked for the vaccine. It is only in Noord-Holland and Gelderland that general practitioners are still busy giving the first injection to people aged 60-65. This age group is vaccinated by general practitioners with the AstraZeneca vaccine.

Due to all the negative publicity and changing politics, confidence in AstraZeneca’s vaccine has been severely compromised. Many general practitioners say that this “withdrawal policy” has made their patients very anxious and restless, leaving them with vaccines.

What also does not cooperate is that many European countries give their own interpretation to the EMA advice. The EMA advised to continue vaccination with AstraZeneca, because according to this institute, the advantages outweigh the disadvantages. Some countries want to stop using this vaccine altogether, while others are using it for all age groups.