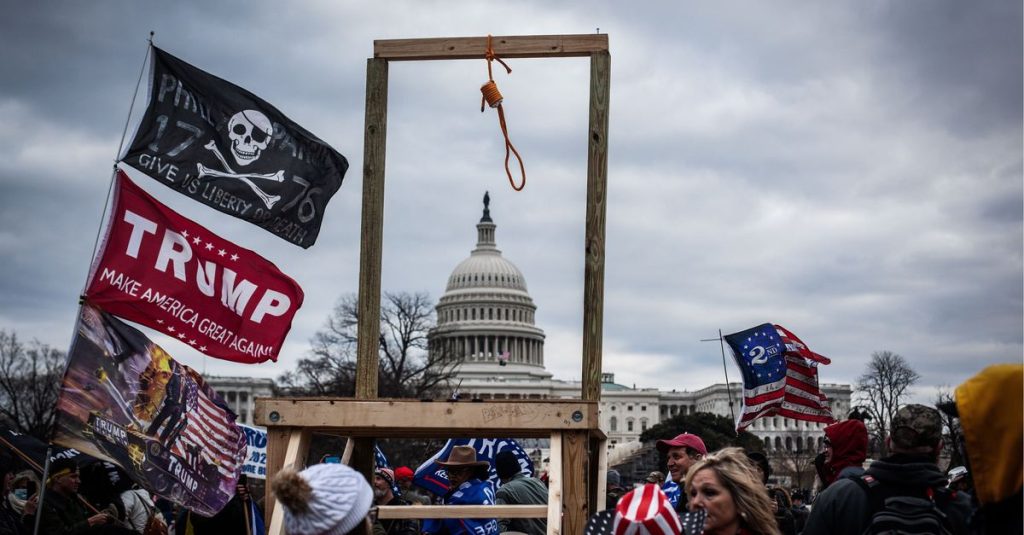 „I love it!This is how Mark Meadows, the former chief of staff to President Donald Trump, responded to a congressman’s offer to ignore the election results. The plan was simply to replace the electoral votes chosen in the presidential election, who would then vote for Joe Biden in the multilevel American system, with people who would vote for Trump. “Very controversial,” wrote the congressman. But Meadows loved it right away.

This SMS exchange is part of New documents obtained by a committee of the US Congress. Once again, the level of involvement of former President Trump’s senior officials in preparing for a coup that would ultimately result in the capture of the Capitol on January 6 was up to par.

The documents were sent to the Meadows Commission of Inquiry itself. The former chief of staff was summoned to the committee and had recently agreed to cooperate. He sent a limited amount of documents and text messages from his phone. Limited, because Meadows invokes the so-called executive privilege, which protects confidential communications between the president and his closest associates. After sending the evidence, Meadows filed a lawsuit against Speaker of the House Democrat Nancy Pelosi, who is responsible for the investigation into the circumstances of “January 6”.

Among the documents the committee received from Meadows was an email from an influential conspiracy theorist, with a PowerPoint presentation attached. The 38-slide presentation accompanying this email is titled “Election Fraud, Foreign Interference, and Options Before Jan.6,” according to a confirmation letter sent to Meadows by the commission of inquiry on Tuesday. The presentation aimed toon the hill“to show, that is, to the representatives of the people of Capitol Hill. British newspaper The Guardian and other media saw a powerpoint presentation that has the same title, has the same scope, but has two slides less.

Read also : What was the role of Mark Meadows, Steve Bannon and Dan Scavino?


Meadows received the email containing this PowerPoint presentation on January 5, a day before Congress ratified Biden’s election victory. It exposes a myriad of theories on voter fraud, from interference by Venezuela and China, to corrupt voting machines, to the deceased who allegedly voted. These are theories put forward by Trump’s lawyers in dozens of lawsuits when they tried to invalidate the election results. They were dead wrong in all but one case. Lawyer Rudy Giuliani also admitted to a judge that the case he filed did not reveal any fraud.

The board of inquiry is threatening Meadows with prosecution if he refuses to testify about his knowledge and involvement in the attempt to prevent Biden from being named. This week, Trump himself also suffered a legal defeat in this case. Trump is invoking the same executive privilege to refuse to cooperate with the investigation. A federal court in Washington Thursday ruled on appeal that the former president could not invoke confidentiality and must provide documents requested by the committee.