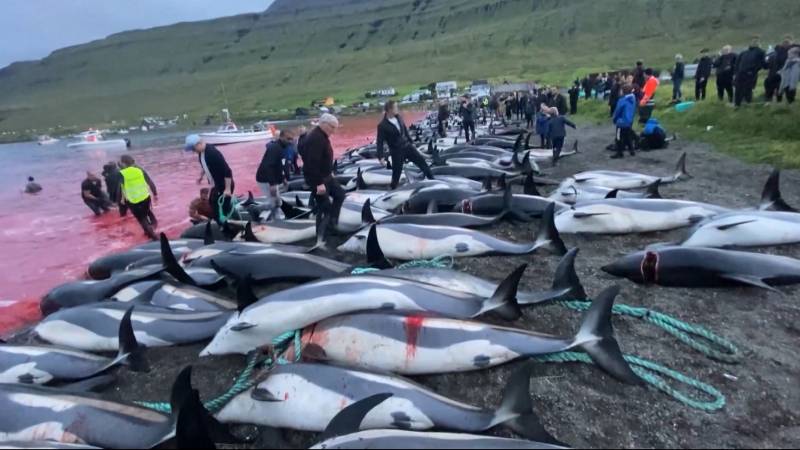 The Danish Faroe Islands may never have seen so many dolphins and pilot whales killed in the annual massacre. More than 1,400 marine mammals were killed last weekend, according to the Sea Shepherd animal welfare organization.

The previous record was in 1940, when more than 1,200 pilot whales and dolphins were shot in the waters around the islands. On average, around 600 animals are killed during the annual tradition, according to local authorities. “The deaths of more than 1,400 dolphins and pilot whales are probably the highest number on record,” said the animal welfare organization.

The slaughter of this number of animals arouses outrage, including among the local population. Even the island’s whaling president calls the numbers “excessive”. He maintains that this is a miscalculation. About 200 animals have been assumed. “Someone should have known better”, he said. against the BBC. “Most of the people were in shock.”

Following the latest massacre, the local public broadcaster conducted a survey of the population asking if the tradition should be preserved. Just over half say no, just over 30% think so, according to a reporter for the broadcaster.