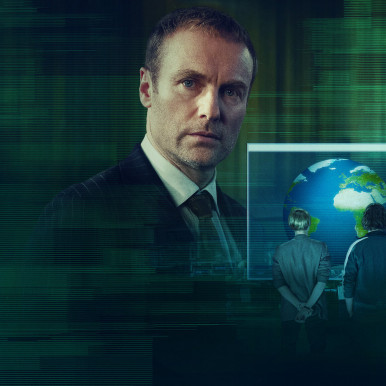 How beautiful would it be if you could fly from space to anywhere on the planet? The immersive Netflix series The billion dollar code highlights two German hackers far ahead of their time – and Google Earth.

A broken art student and a socially inept programmer meet at a party. One shows early video art, the other knows a way to make movies a lot smoother.

However, the supercomputer they are breaking into to solve the problem turns out to be capable of much more.

The men, Carsten Schlüter and Juri Müller, dream of a computer program that will allow you to fly over the globe, descend and land wherever you want: at your birthplace, your sports club, a future vacation destination. And imagine that zooming in on a restaurant for example, the menu appears, and – why not? – the possibility of reserving a table directly.

Deutsche Telekom is coming up with a large sum of money soon, before men even have a clue of how they could write such a program.

Netflix’s four-part series based on real events The billion dollar code Turn around Terravision: by the Berlin company ART + COM created 3D mapping software that did almost exactly what Google Earth couldn’t do until many years later, in the mid-90s.

Work of art or income model?

The focus is on preparations for a trial, which gives the protagonists the opportunity to look back. The result is a compelling frame story, full of beautiful footage of the rapidly developing upbeat Berlin right after. round.

Where the two designers themselves considered their invention to be a work of art, Google has turned out to be much smarter. The Americans built one of their greatest hits on the algorithms, written by Müller, whether legally or not.

How does it end? Anyone who’s ever flown over the planet with Google Earth can guess this. But all of these Google users would be doing themselves a terrible disservice if they didn’t also watch this bingewatch-worthy series: arguably the best of last year.

If you found this article interesting, subscribe to our weekly newsletter for free.