During the 2022 bathing season, from May to September, measurements will be taken in the Wylerbergmeer in Gelderland, near the German border. This is done with a measuring buoy in the water for blue algae and with a weather station on land. Owner Leisurelands is excited about the project and has made it more accessible to researchers.

Blue-green algae are microscopic organisms found all over the world in fresh water. Excessive growth of blue-green algae is a sign that water quality and the nature that depends on it are not doing well. Some blue-green algae produce toxins that pose a risk to human and animal health.

Due to climate change, the temperature is increasing, and therefore the risk of harm from blue algae. If there are a lot of blue-green algae (with a so-called ‘blue-green algae bloom’), it is no longer possible to swim. People may have stomach and intestinal problems; Blue-green algae can be even more harmful to pets.

“Blue-green algae outbreaks are increasing in number and size due to too many nutrients in the environment,” says Dedmer van de Waal, NIOO researcher and blue-green algae expert. “Climate change will probably only reinforce this. At the same time, there is an increased need for cooling. With our knowledge, we as scientists want to contribute to solving societal challenges. The project, which we have named Meerbericht, is a good example of this. by.” 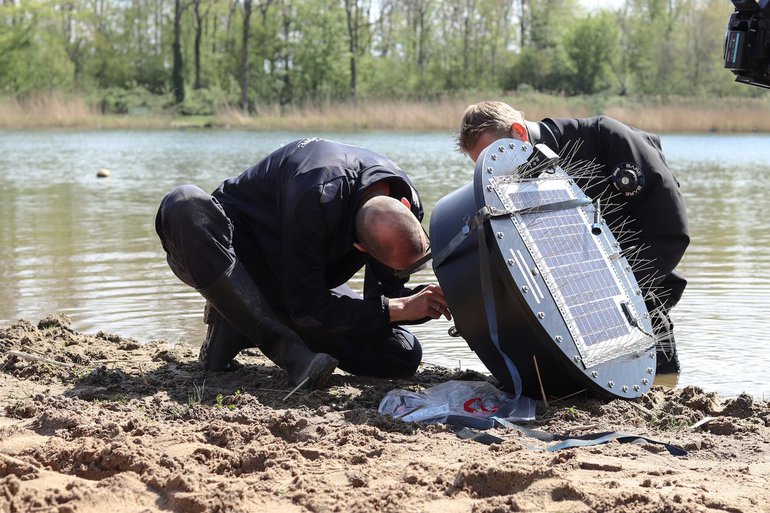 For years the Wylerbergmeer has been plagued by excessive amounts of blue-green algae, making swimming not always possible. Blue algae have been treated in various ways in recent years, but unfortunately without the expected result so far.

For Leisurelands, as owner of Wylerbergmeer, it is very important that this problem is solved in a sustainable way. “At the end of the day, we naturally don’t want any more nuisance caused by blue-green algae on Wylerbergmeer, we are happy to help science by making our Wylerbergmeer available,” says Kees Rutten from Leisurelands.