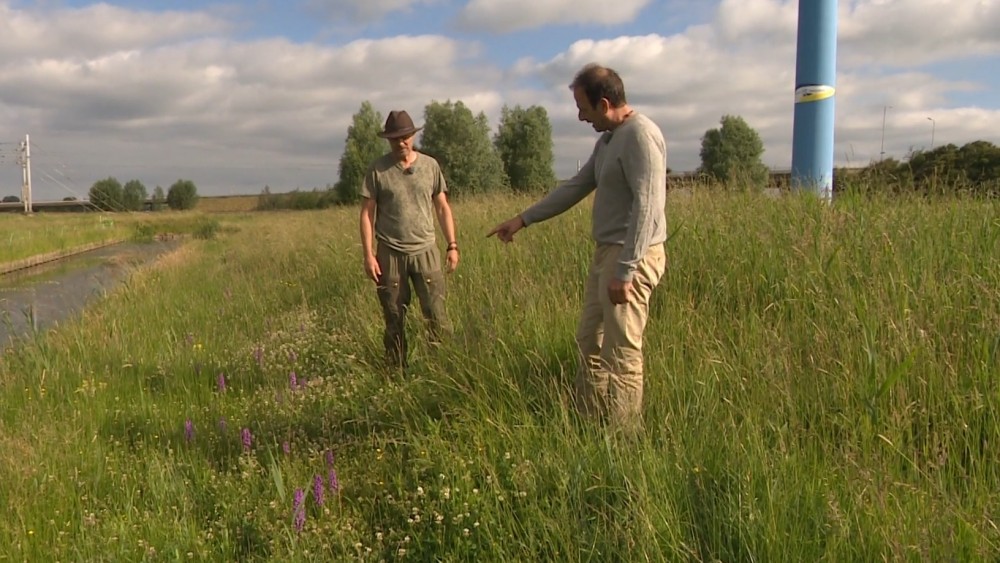 Most of the hectares of Noord-Holland nature are found in little nooks and crannies: between roads, neighborhoods and industrial areas. All those little bits of roadside, parkland, and brush work. Under the high Heemskerk windmill, ranger Evert-Jan Woudsma manages to find orchids. And on the roof of a company, we see one nest after another.

“Actually, there aren’t enough of these kind of crowded corners,” says Evert-Jan, as we walk along a ditch. “The Netherlands is more and more tidy and raked.” Several dozen elongated pink flower stems protrude on a strip one meter wide and twenty meters long. “Look, even here orchids can grow.”

This is not entirely by chance, as you can see that the grass has been mowed right next to the ditch. A little further, the grass is a meter high. “The orchids had no chance there, they cannot compete with the grass. But by mowing exactly in this wet strip next to the ditch and eliminating the clippings, the manager has created the right conditions for this protected plant. .

A little further on, the nettles are brought together. “Nettles, grasses and blackberries replace all other plants. It is only in places where there is little food in the soil that other plants can emerge. Due to the now well-known precipitation of nitrogen, nature is everywhere fertilized, just like an agricultural field, so that rare grasses become invaded by nettles, grasses and blackberries, impoverishing our nature. “

Fortunately, nettles aren’t just bad. Evert-Jan gives a half-hour lecture on the usefulness of nettle. “Butterflies lay their eggs on nettles, the tops of the plant are filled with vitamins and minerals, you can make textiles from the fibers, and you can make tea from the leaves.” Watch the video above and you’ll never look at nettles like before. You will also receive advice on how to get rid of that bad itch!

A little further on, in the adjoining industrial zone, roofers are watched by seagulls. “They probably have nests,” says Evert-Jan. The roofers allow us to go up to the roof and there we see it with our own eyes: in the few meters in front of us we can already see three nests with eggs and further on a dozen fat gull chicks are walking on the roof .

“Before, they used to breed in the dunes, but since the fox returned they have sought refuge on neighboring rooftops. Here they are safe, warm and sheltered too! Evert-Jan shows a nest that sits against the radiator of an air conditioner on the roof. “The nest is right on the northeast side of this thing. So shelter from the wind that usually blows from the southwest here.” Many birds that have learned to use human structures in this way raise more young than animals that live entirely in the wild. Fortunately, sometimes nature also benefits a little from our human desire to build.