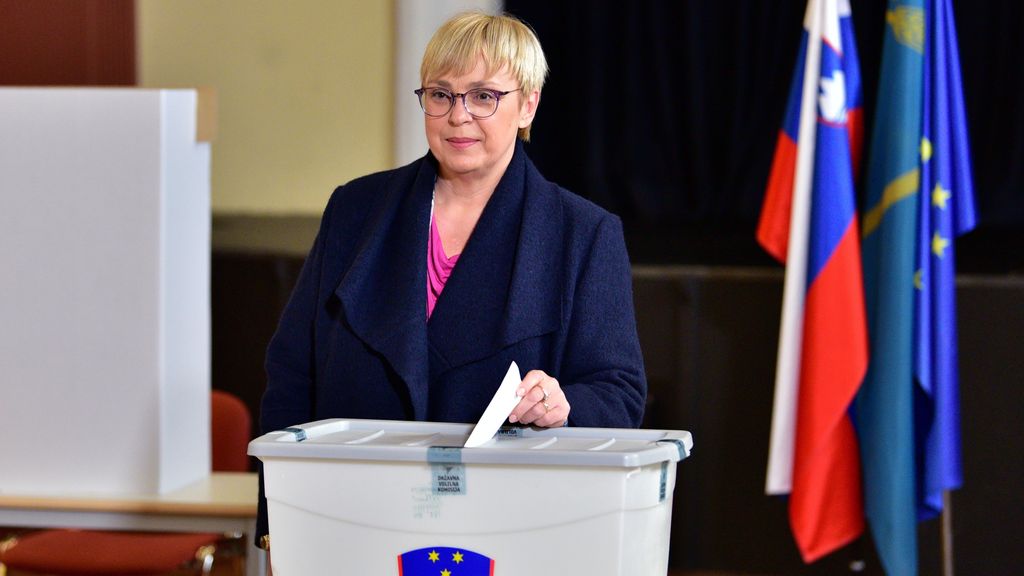 Slovenia will have a female head of state for the first time. In the second round of presidential elections, lawyer Natasa Pirc Musar managed to beat her rival with 54% of the vote, according to preliminary election results.

Liberal Musar, who was previously a TV presenter and a lawyer, clashed with right-wing Anze Logar. He was previously Minister of Foreign Affairs. Logar admitted his loss and congratulated Musar tonight.

In the first round, Logar, of the right-wing SDS party, was still the favorite. But none of the seven presidential candidates managed to secure more than 50 percent of the vote, necessitating another round of voting.

Of a ceremonial nature

Musar (54) succeeds Borut Pahor, president since 2012. He was not allowed to stand for election.

During her campaign, Musar focused on issues such as human rights, rule of law and social protection. As a lawyer, she was previously first lady Melanie Trump in a defamation case. “All my life I have stood for democracy, human rights and tolerance,” Musar said after his victory. “It’s time to turn our backs on the past, we have a future to work on.”

The presidency in Slovenia is largely ceremonial in nature. But the elections were seen as a test for the left-liberal government recently assumed by Prime Minister Robert Golob. His Green party became the biggest out of nowhere last April.

Right-wing populist Janez Jansa (SDS) preceded Golob. He has been accused in the past of violating freedom of the press and the rule of law. Last year Jansa got it via Twitter on the stick with the Dutch cabinet, after the Prime Minister called Dutch politicians “Puppets of George Soros”.